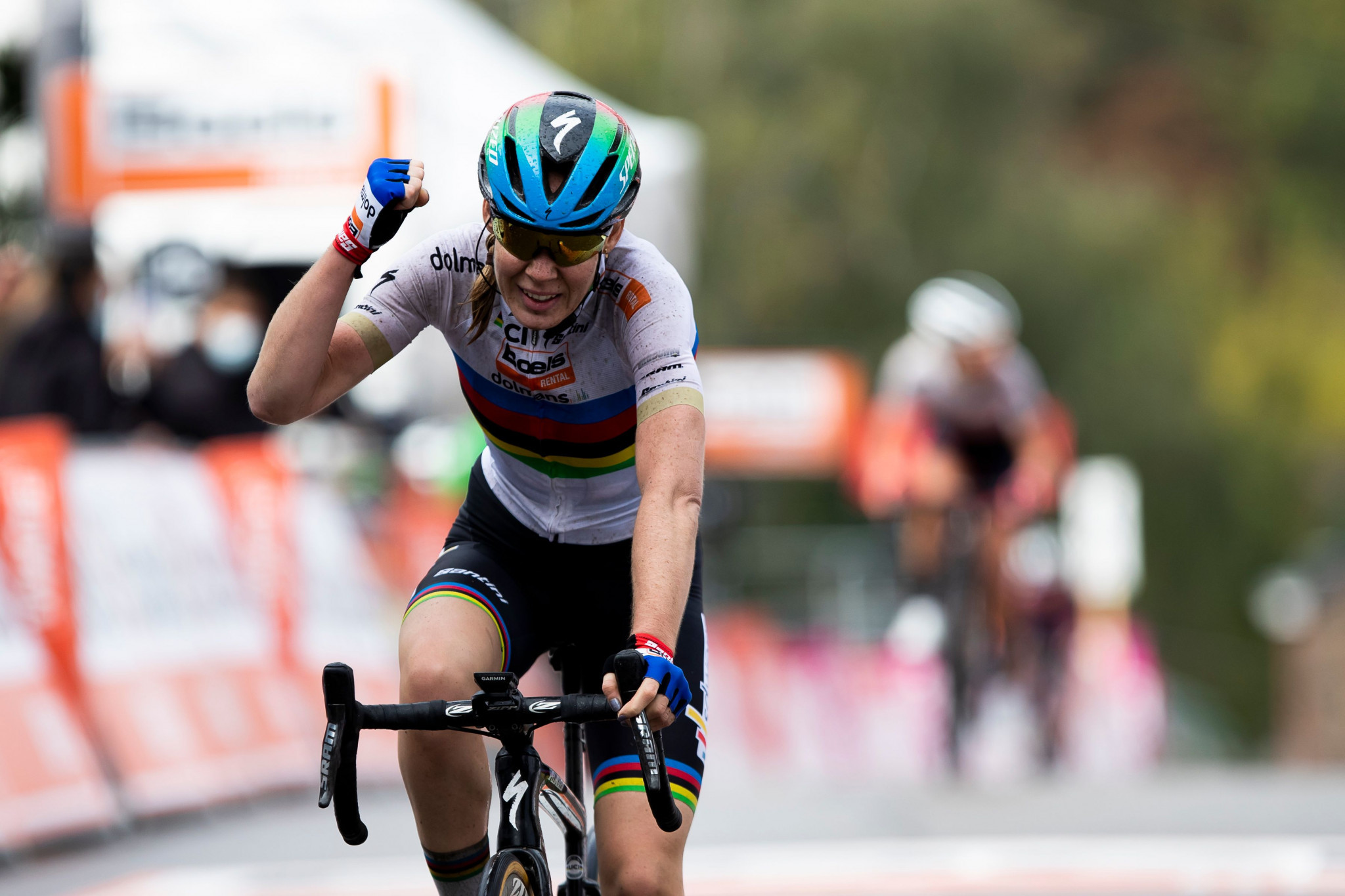 In La Flèche Wallonne Feminine, the women's edition of the race, Van der Breggen had some opposition from other Dutch riders in the final climbs of the race.

On the steep final climb, her compatriot Demi Vollering accelerated with just 350 metres to go, but the more experienced rider came out on top in the end, passing her as the young Dutch rider faltered.

Denmark's Cecilie Uttrup Ludwig tried her best to pass Van der Breggen, but had to settle for second with Vollering third and Britain's Lizzie Deignan in fourth place.

"It was such a hard race," said Van der Breggen after the finish.

"I am happy to be able to win.

"I think this was the closest of the past six editions, and I could feel in the race that I was pretty tired.

"The team did a lot for me this year, riding really hard, so I felt some pressure to finish it off."

She has recently captured her third Giro Rosa title, concluding on September 19 - 11 days before the race.

Van der Breggen led most of the way up the Mur de Huy climb into the finish, but was given a scare by two more Dutch riders, Chantal van den Broek-Blaak and Amy Pieters.

However, the two would falter too with the experienced cyclist pushing with 150 metres to go, leaving Vollering grasping for the finish line.

With the rain starting in the final third of the 124 kilometre race, it added another element to the race with the following climbs creating a group of seven at the front.

This group held a 30-second lead on the first ascent of Mur de Huy, 32km from the line and would only be chased when South Africa's Ashleigh Moolman Pasio broke the peloton up.

Uttrup Ludwig suffered a mechanical failure around the same period and had to chase the pack back up for several kilometres after a bike change.

Once the chasing pack had caught up to the front, 17 riders remained in contention, leading to Van der Breggen hitting the front before Vollering's attempt to snatch the victory.

Deignan would lose her position as the leader of the International Cycling Union's (UCI) Women's WorldTour to Van der Breggen despite a storming effort into the final 200m.

Her teammates Italy's Elisa Longo Borghini and Moolman-Pasio would finish fifth and sixth.

In the men's race, Hirschi continued his fantastic season with the 22-year-old moving clear in the last 50m to defeat France's Benoît Cosnefroy and Canada's Michael Woods to take the biggest one-day win of his career.

However, Australia's Richie Porte, arguably the favourite in the absence of new world champion Julian Alaphilippe of France, hit the front with around 1km to go.

Porte, who finished third at this year's Tour de France, was able to string out the leading group before Woods made a move that looked set to crown him the 2020 champion.

However, Hirschi sat on his wheel - accelerated to make a gap to the line, winning ahead of Cosnefroy who emerged from the pack to get second ahead of Woods, with France's Warren Barguil and Ireland's Dan Martin rounding out the top five.

"It went perfect for us with a small group of four guys and my team did a really good job, we put one of the guys to control the race," said Hirschi.

"In the final laps, it was so fast anyway, that the guys came back, and on the last climb I had the legs.

"It was so hard, it's steep but steady and you don't have to go too early, but you are fully lactic acid, and it's about what's in the head, you have to be strong in the head to get through the pain."

His victory comes after winning a stage on his maiden Tour de France, followed by a third place finish at the UCI Road World Championships in the men's road race.