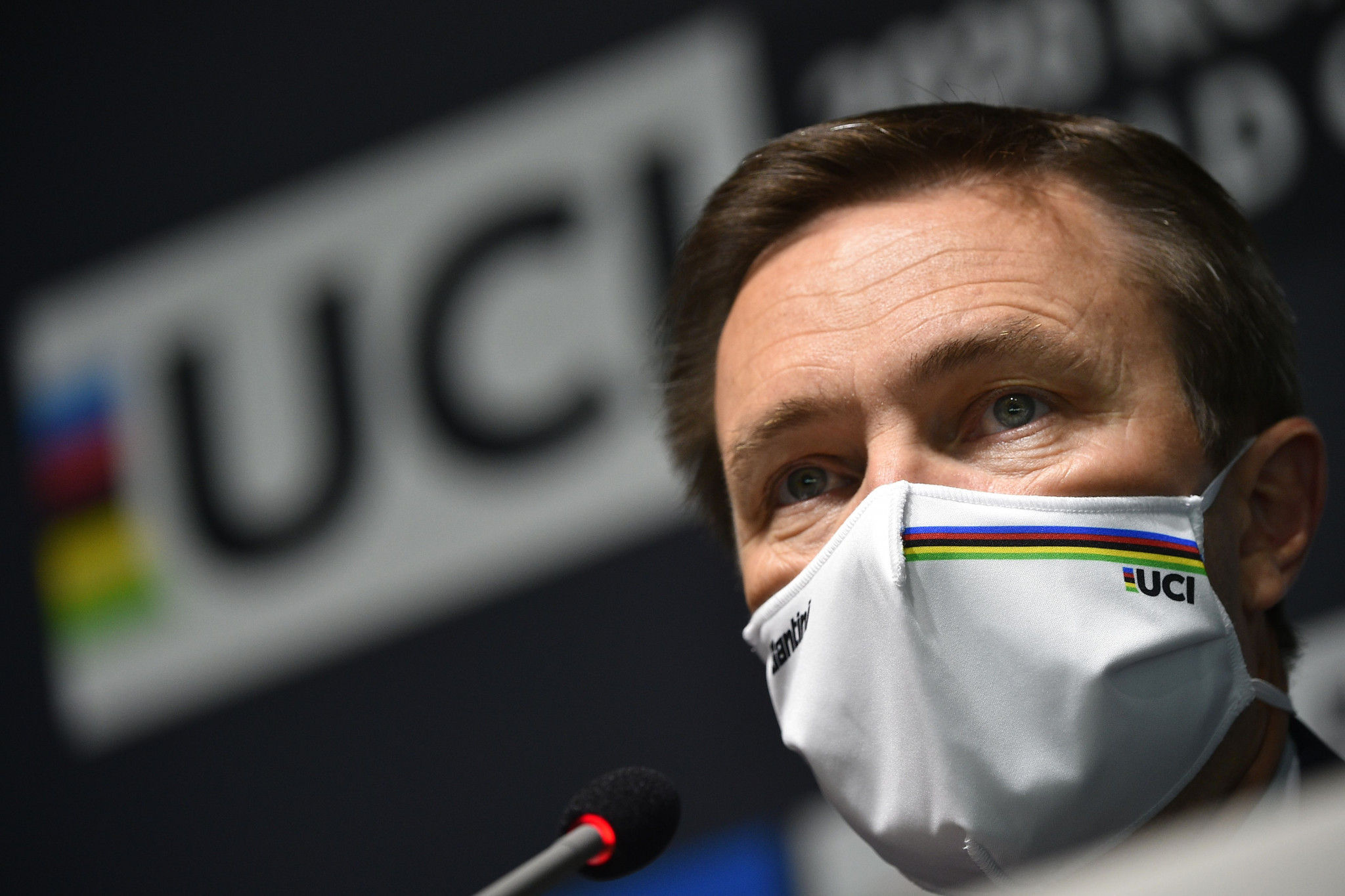 The International Cycling Union (UCI) has said it will study crashes during the 2021 season as part of efforts to improve rider safety.

Criticism has been aimed at the governing body after several high-profile crashes marred the return of cycling following the coronavirus enforced halt to the season.

The most notable involved Danish rider Fabio Jakobsen, who spent a week in intensive care after being forced into a barrier in a bunch sprint at the Tour de Pologne.

His fellow Deceuninck-Quick-Step team-mate Remco Evenepoel suffered a pelvic fracture at the Il Lombardia following a fall from a bridge, prompting team owner Patrick Lefevere to criticise the "dangerous courses" being used.

UCI President David Lappartient called for stakeholders to work together and said crashes will be analysed in an effort to make racing safer.

"We need a full view of the problems," he said, according to Cyclingnews.

"I don't think the safety issues will ever end, it's an ongoing process.

"We have a lot of things to do to improve safety but we must agree on the point we need to work on and how we can do it.

"This can be by obligations and rules and also by changing riders' habits.

"For example, riders with race radios have a unit on their backs and I think that can be dangerous for the riders."

"We don't have the figures on crashes," Lappartient added.

"And so in 2021 for each crash in the international calendar I want to have a full survey on the number of crashes and the reasons they occur so that we can monitor the situation.

"We can take to Twitter to blame each other.

"We can fight between us or work together, but we have a common goal: we want the second one."

Lappartient made the comments after the UCI Road World Championships in Imola last week, which saw the UCI Management Committee hold their latest meeting.

The UCI said it has invited members of the associations representing organisers (AIOCC), teams (AIGCP) and riders (CPA) to meet with representatives of the governing body next month.

The meeting is expected to see a "joint diagnosis" reached regarding reinforcing safety.

The UCI said this would lead to a global plan being developed.