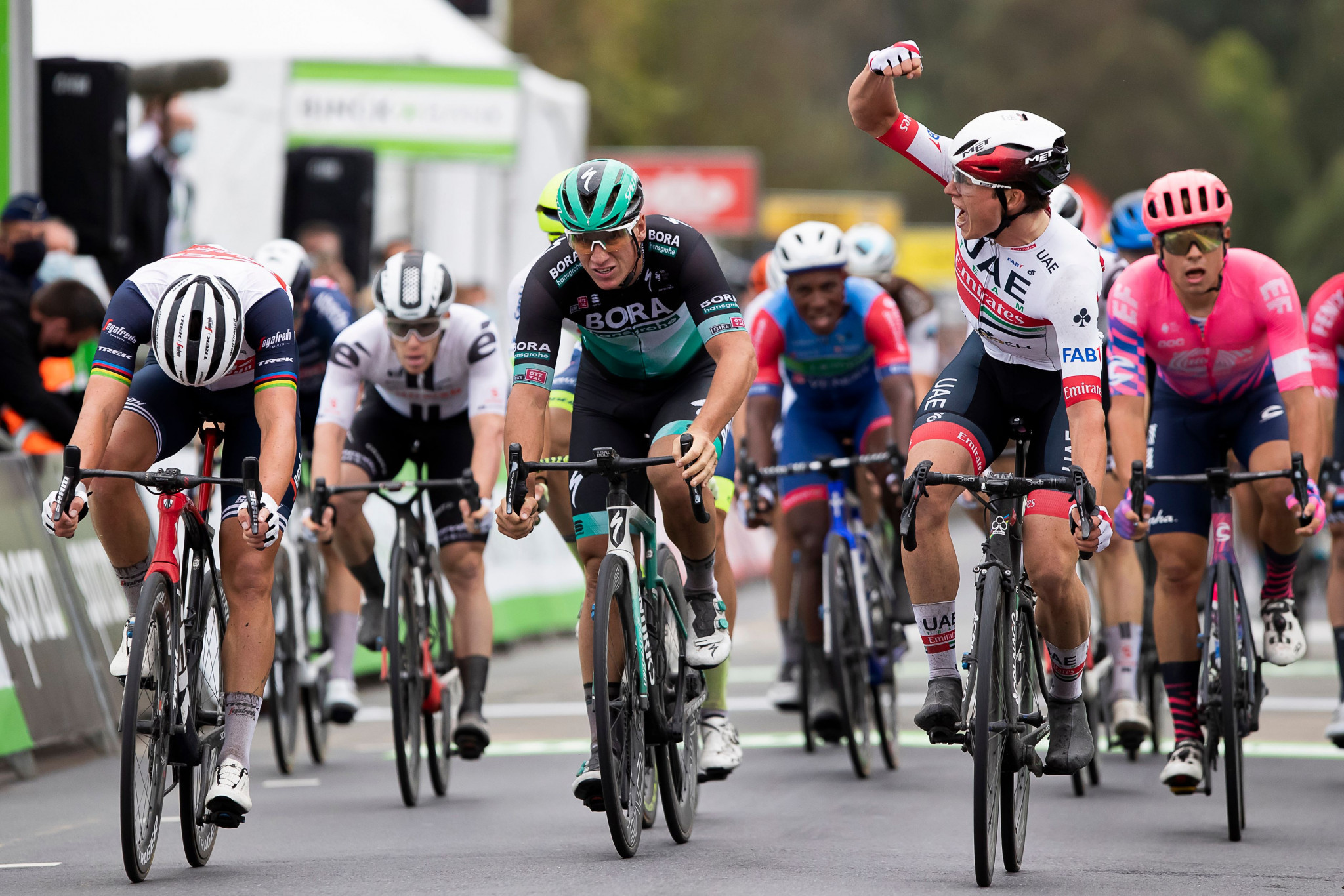 Holding off Danish cyclist Mads Pedersen and German Pascal Ackermann for the win, the 22-year-old claimed his first stage win in the race's history.

Ackermann had the win in sight, but it turned out to be a move made too early as he faded before the line, allowing Philipsen to find a gap to squeeze through for the victory.

"It was quite easy, a two guy break so it was quite relaxed," said Philipsen, according to CyclingNews.

"Everybody knew it would be a bunch sprint today.

"A lot of teams had interest in that, then it was quite hectic in the end while everybody was still fresh.

"I'm happy I could stay out of trouble and that I could finish it off in the first stage."

A drift left from one Sunweb rider looked to have clipped the front wheel of the Israel Start-Up Nation rider, Guillaume Boivin of Canada.

Deceuninck-QuickStep rider Stijn Steels of Belgium injured his wrist in the process of the accident as multiple bikes crashed into the back of Boivin, causing a wall of bodies to hit the ground on the road.

His compatriot Oliver Naesen finished, but on only one leg as his knee looked to have been badly injured too, being assisted by another home rider Dries de Bondt in the process.

The 132.1km stage from Blankenberge to Ardooie in Belgium came to life in the final moments, but had small glimpses of entertainment early on when Belgians Ludovic Robeet and Thimo Willems made the breakaway in the opening kilometres of the stage.

Their lead would not exceed two minutes though, being kept honest by the peloton and eventually caught when another native, Sep Vanmarcke attacked with 21km to go.

Three intermediate sprints followed with three bonus seconds being awarded for the first over the line.

With six kilometres to go, Sean de Bie of Belgium kicked on, with his push leading on to the pileup just minutes later.

Although most of the peloton continued, the riders involved in the crash were not within the three kilometre neutralisation zone that would have given all riders the same finishing time.