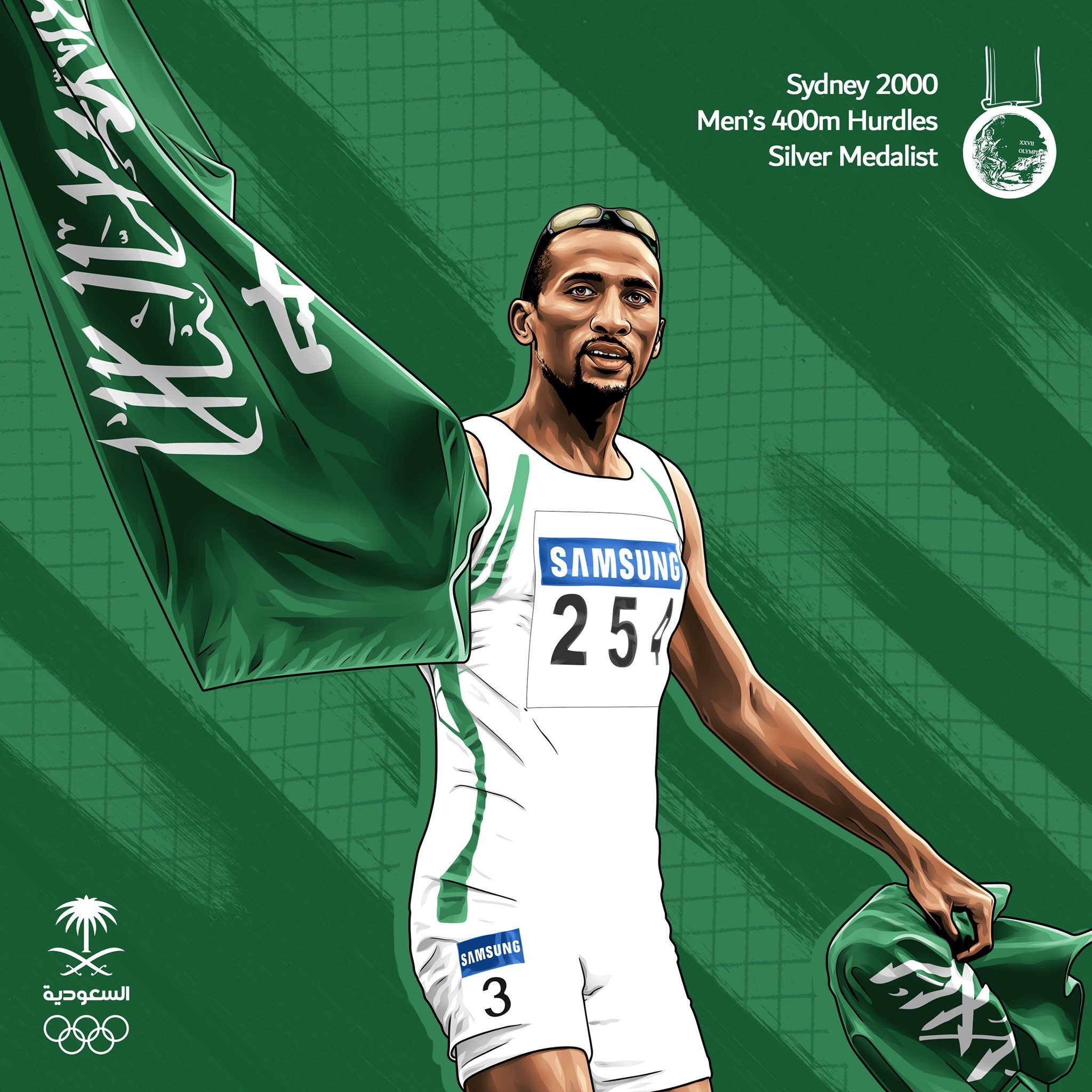 Al-Somaily wrote himself into Saudi Arabia’s history books and became a national hero when he secured silver in the 400 metres hurdles at Sydney 2000.

He finished in 47.53sec – three hundredths of a second behind gold medallist Angelo Taylor of the United States while South Africa’s Llewellyn Herbert clinched bronze.

According to SAOC, Saudi Arabian sport has "grown rapidly with participation levels at an all-time high" since Al-Somaily’s medal and the former athlete is credited for "working tirelessly to inspire new generations of children" to participate in sport.

"It has been fantastic to celebrate both Saudi National Day and the 20th anniversary of my Olympic success," said Al-Somaily.

"However, it was not my success alone but a success for the whole nation.

"Upon retiring, I wanted to give back and help my teammates and younger generations, and that’s why I became involved in the athletics federation and the Sports Ministry.

"It has been fantastic to see the progress that sport in Saudi Arabia has made over the last 20 years."

SAOC claim "female empowerment through sport" was a "key pillar" of ‘Saudi Vision 2030’ - the country’s long-term blueprint for the future of the country.

HRH Prince Abdulaziz bin Turki Al-Faisal, President of SAOC, said: "Today we celebrate Soua’an’s achievement, which inspired a generation of Saudi athletes and was a catalyst for the development of sport in the Kingdom.

"It gives me great pleasure to see sport thriving in Saudi Arabia.

"We are committed to ensuring that this trend continues and that the Kingdom’s next generation enjoys the benefits of participating in sport, both here in Saudi Arabia and at major global sporting events."