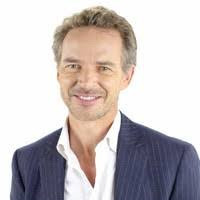 Olympic marketing veteran Lucien Boyer has been appointed as the new chairman of Fnatic, which describes itself as the "most successful esports brand of the last decade."

The Frenchman is the former global President of Havas Sport and Entertainment, which worked on a number of bids for the Olympic Games and with blue-chip sponsors like Adidas, Atos, British Airways, Coca-Cola, EDF, Hyundai, Lloyds Banking Group and Procter & Gamble.

"At Fnatic, we are always on the search for top talent across industries, and we are excited to welcome Lucien to leverage his deep expertise and network within the media and sports landscape," said Sam Mathews, the founder and chief executive of Fnatic.

Boyer has been appointed to help support the London-based company with its next phase of growth, and to develop the brand internationally.

Since leaving Havas, Boyer has co-founded Inspiring Sport Capital, an investment dedicated to the European sports industry, and the Global Sports Week Paris, an annual gathering of leaders and executives involved in the Olympic Movement.

"I am humbled to join a highly successful organisation led by such a visionary founder and CEO," Boyer said.

"There is no doubt that esports represents the most promising new frontier for sports, bringing it closer to the entertainment world.

"I believe that my unique mix of experience and leadership in brand, sport, media and the entertainment business will help guide Fnatic through the next stage of its success story."

Founded in 2004, Fnatic has been successful in a variety of games, including Apex Legends, Counter-Strike: Global Offensive, Dota 2, Heroes of the Storm, League of Legends, PUBG Mobile, and Rainbow Six Siege.