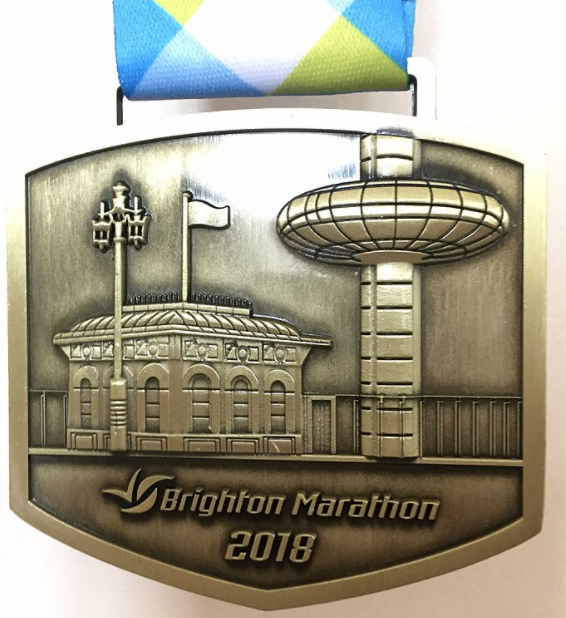 The Brighton Marathon today became the latest casualty of the coronavirus pandemic as organisers announced plans to stage the event in the form of a concluding 10 kilometres race on October 11 had been reluctantly cancelled.

The development came after deliberations following Monday’s latest announcement by British Prime Minister Boris Johnson of fresh, stringent social-distancing rules in the wake of rising transmission rates of COVID-19 within the country.

The 2020 running of the race - which was established in 2010 - was initially postponed to September 20, but that date shifted to October, when it was envisaged that the marathon would be presented in a "unique and revised format… on the roads in Brighton and Hove" that would comply with anti-coronavirus regulations such as social distancing.

That format involved more than 6,000 runners set to take part in this year’s event covering 20 miles by themselves in the previous few days, and completing their "marathon" on the main course.

The runners involved were to have been sent off in batches of five at three-second intervals to assist in effort to maintain social distancing.

We are extremely sorry to announce the cancellation of Brighton Marathon Weekend | The Edit, our Live Event scheduled for Sunday 11th October.
The full virtual challenges are not affected. Please read our full statement here: https://t.co/2FIWAaNRm7 pic.twitter.com/28RdOqEeLS

A decision on whether this revised event could go ahead had been delayed as the organisers and the local Council sought to cover all the required coronavirus safety measures, but the tightening of the rules has made such plans unfeasible.

Tim Hutchings, the European and Commonwealth 5,000 metres medallist who co-founded the Brighton Marathon, told insidethegames: "I loved the idea that we asked them to run 20 miles, in whatever way they chose, in the week before the race, and then they could run 'the last 10K' in our organised event and receive their Marathon Finisher's Medal, but it was not to be."

An official statement on the Brighton Marathon website reads: "We are extremely sorry to announce the cancellation of our revised event 'The Edit' scheduled for 11th October following discussions with Brighton and Hove City Council.

"While we developed a comprehensive Event Management Plan to meet current national guidelines, the uncertainty created by the rise in infections at both a local and national level has led to the cancellation.

"While we are disappointed to cancel the event, we feel it is the correct course of action to take in the current circumstances.

"When the Brighton Marathon Weekend was cancelled we wanted to try and stage another smaller scale event to help re-start the local event economy, assist the local economy, plus give a boost for runners and charities, but understandably it is just not possible at this time."

The Brighton Marathon - at which Kenya’s William Chebor set the men’s course record of 2 hours 9min 25sec in 2014 - is the latest in a long list of leading marathons that have been called off this year in the wake of the coronavirus pandemic.

The London Marathon, due to hold an elite race on October 4 and a virtual race involving 45,000 entrants, is the only post-pandemic World Marathon Majors event that has been able to go ahead this year after Boston, Berlin, New York City and Chicago all cancelled plans for a 2020 race.

The Tokyo Marathon was held on March 1, but downsized due to the emerging health crisis.

Nick Hibberd, executive director of economy, environment and culture for the unitary authority in Brighton, added: "The increase in COVID-19 cases seen both nationally and locally is very concerning.

"We are obviously disappointed that the Brighton Marathon Weekend and now the 10k event have not been possible this year but would like to thank the continued support of the organisers.

"We welcome that Grounded Events have decided in conjunction with the council to cancel the 10k event as a precautionary measure at this difficult time."