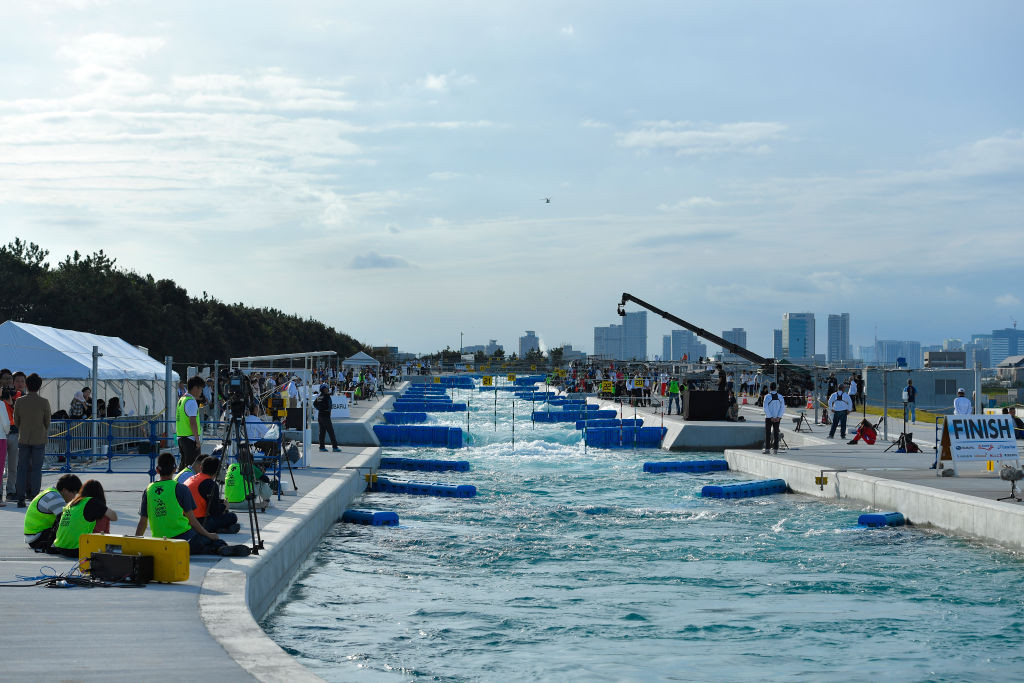 The Tokyo Metropolitan Government has confirmed three more venues due to be used during the 2020 Olympic and Paralympic Games will be open to the public prior to the rescheduled events.

Public opening dates have been revealed for the Kasai Canoe Slalom Centre, the Oi Hockey Stadium and the Tokyo Aquatics Centre, all of which have already been made available for use by sports federations.

The Oi Hockey Stadium is due to open its doors to members of the public from tomorrow, with the Kasai Canoe Slalom Centre following on October 1.

The public are set to be granted access to the Tokyo Aquatics Centre for experiences and tours from October 30.

Sports federations will be able to use the centre from October 25, the day after the planned grand Opening Ceremony of the venue.

Tokyo 2020 has warned the public use of the venues "may be suspended in the future" depending on the COVID-19 pandemic.

Infection control measures will be in place, while organisers have said restrictions on the number of entrants may need to be implemented in response to the coronavirus crisis.

"The venues will be open to the public to the extent that public usage does not interfere with the delivery of and preparations for the Games," Tokyo 2020 said in a statement.

"Venues will open for public use sequentially, once consultations with the relevant organisations have concluded and safety measures for temporary overlays have been implemented."

Other venues to have been opened for the public in recent months include the the Sea Forest Waterway and the Yumenoshima Park Archery Field.

The Sea Forest Waterway, the venue for rowing at the Games, had been opened for use by sports federations from August 22 and for use by "non sports-related groups" from September 7.