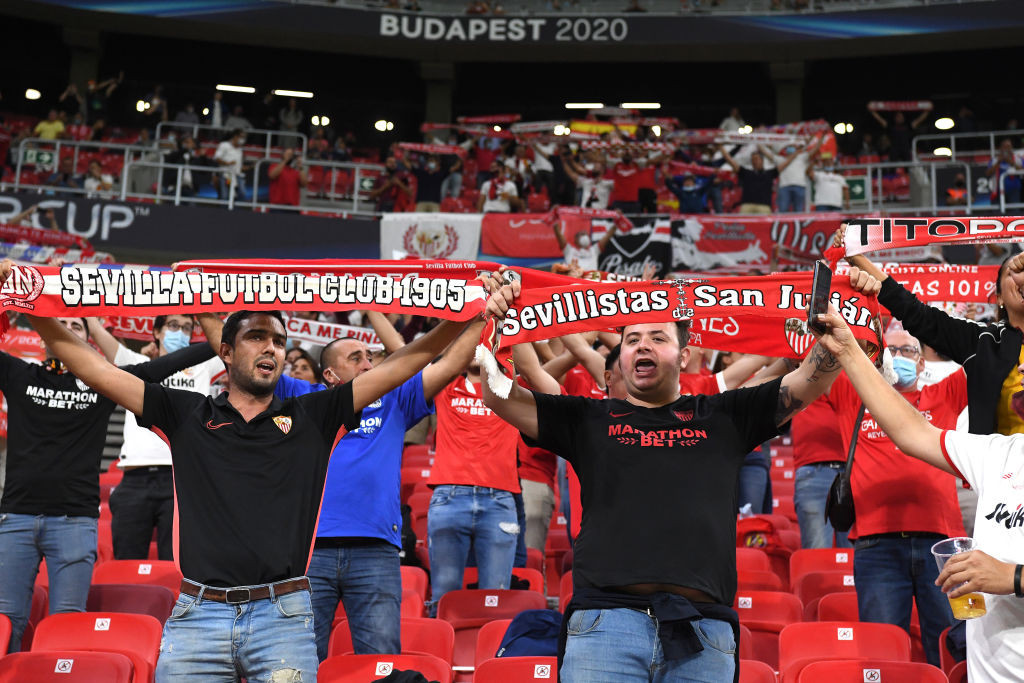 More than 15,000 fans were in attendance to see Bayern Munich beat Sevilla in the UEFA Super Cup in Budapest as spectators returned to a major European football match for the first time since the coronavirus pandemic hit.

Much of the pre-match focus centred on the eagerly-anticipated return of fans, which came as part of what UEFA President Aleksander Čeferin has described as a "pilot project".

Officials in Germany had warned fans they would be entering a "biological bomb" by attending the game, which Budapest Mayor Gergely Karácsony claimed should have been played behind closed doors.

While UEFA had put several strict COVID-19 countermeasures in place, there had been concerns the game could become a "super spreader" of coronavirus.

Coronavirus infections rose substantially in the lead-up to the event, with Hungary topping 600 new cases a day.

UEFA said 15,500 tickets had been sold for the match, the annual meeting of the winners of the Champions League and Europa League.

German club Bayern returned two-thirds of their 3,000 allocation following the warning in Germany, while Sevilla were also thought to have sent back as many as 2,500 tickets.

The majority of the crowd was made up of locals and Hungarian residents.

UEFA had made 30 per cent of capacity at the stadium available for fans as part of a trial to get fans back into grounds.

Ticket holders were told to "keep a distance of 1.5 metres from other spectators", "wear a mask at all times covering their nose and mouth" in the stadium and "wash and disinfect their hands whenever possible".

Seat numbers were allocated by UEFA to ensure a 1.5 metre distance is kept, although some pictures showed limited social distancing in operation.

Queuing lanes marked out at turnstiles and thermal cameras to measure body temperature at entrances were among the other measures in place.

Lucas Ocampos gave Sevilla the lead from the penalty spot 13 minutes into the match before Leon Goretzka equalised for the Bundesliga champions.

That was how it stayed until extra-time, when Javi Martinez reacted quickest in the box to score the winner for Bayern.

Sevilla have now lost on their last five appearances in the Super Cup final.