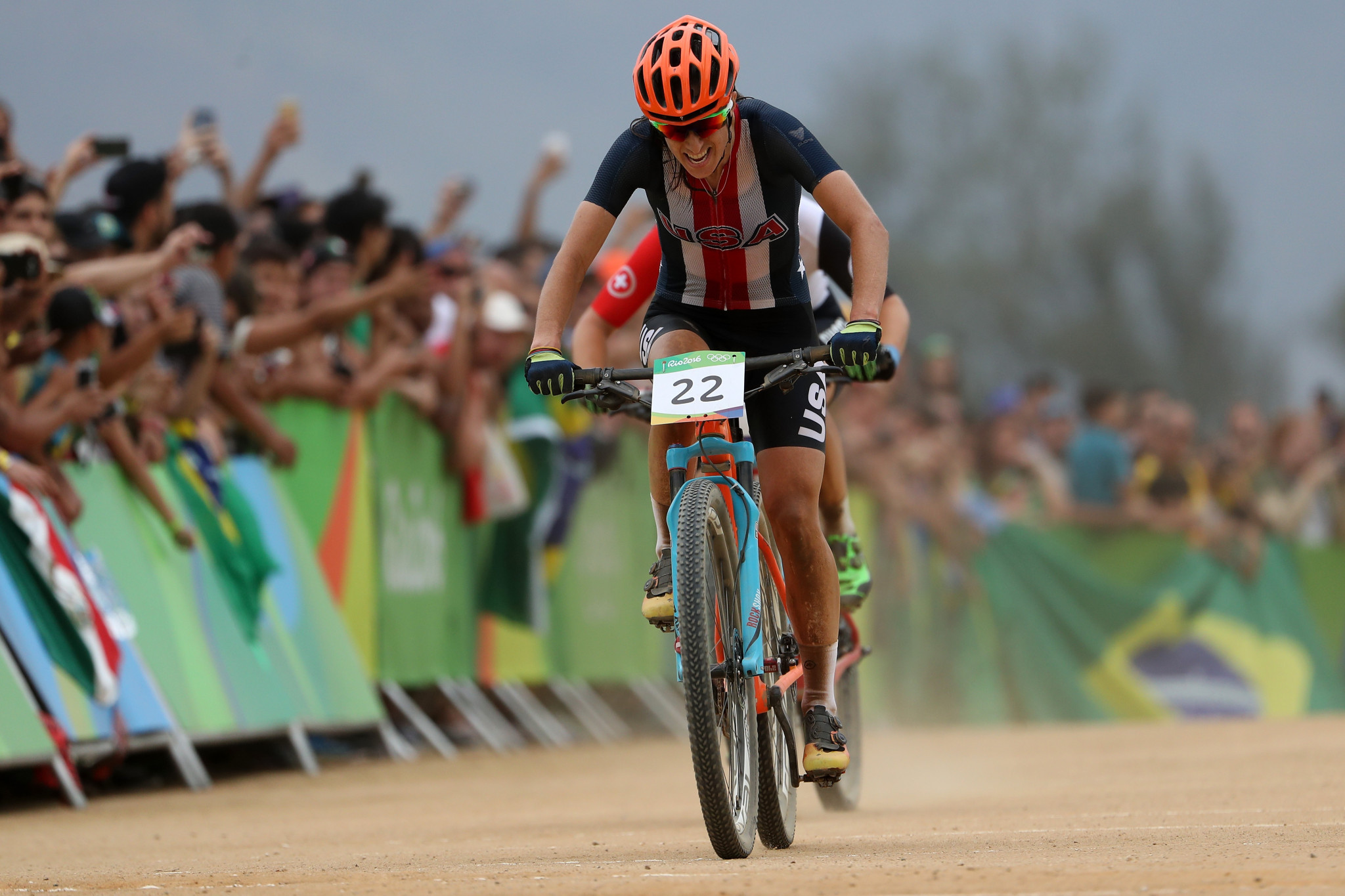 Two-time American Olympian Lea Davison has opted to miss this year's Mountain Bike World Championships to focus on her preparations for the postponed Tokyo 2020 Olympics.

Davison believes travelling to Europe could threaten her health due to the ongoing COVID-19 pandemic.

The World Cup season for mountain biking has been shortened this year due to the threat of the virus, and is expected to begin later this month.

Three legs are scheduled to take place in the Czech Republic, Slovenia and Portugal in September and October.

In between, the World Championships are due to take place in Leogang-Saalfelden in Austria, from October 7 to 11.

The flagship event will be behind closed doors.

"I am the most fit I have ever been, and I am a competitor," said Davison.

"There is nothing I want more than to test my hard work over the past year against the best in the world.

"After much deliberation, the trip felt like too much of a risk for me.

"My ultimate goal is to go to the Tokyo 2020 Olympics and medal.

"In order to complete this goal, I need to stay healthy – staying healthy means uninterrupted, quality training blocks up until next season."

The 37-year-old is due to compete at her third Olympics after making her debut at London 2012 and returning four-years-later at Rio 2016.

In the women's cross-country event in London, Davison finished 11th and bettered her position in Rio when she placed seventh.

She is also a silver medallist and bronze medallist from the World Championships in 2014 and 2016 respectively.

Davison is one of three riders who are in with a chance of securing two potential spots on the US team.