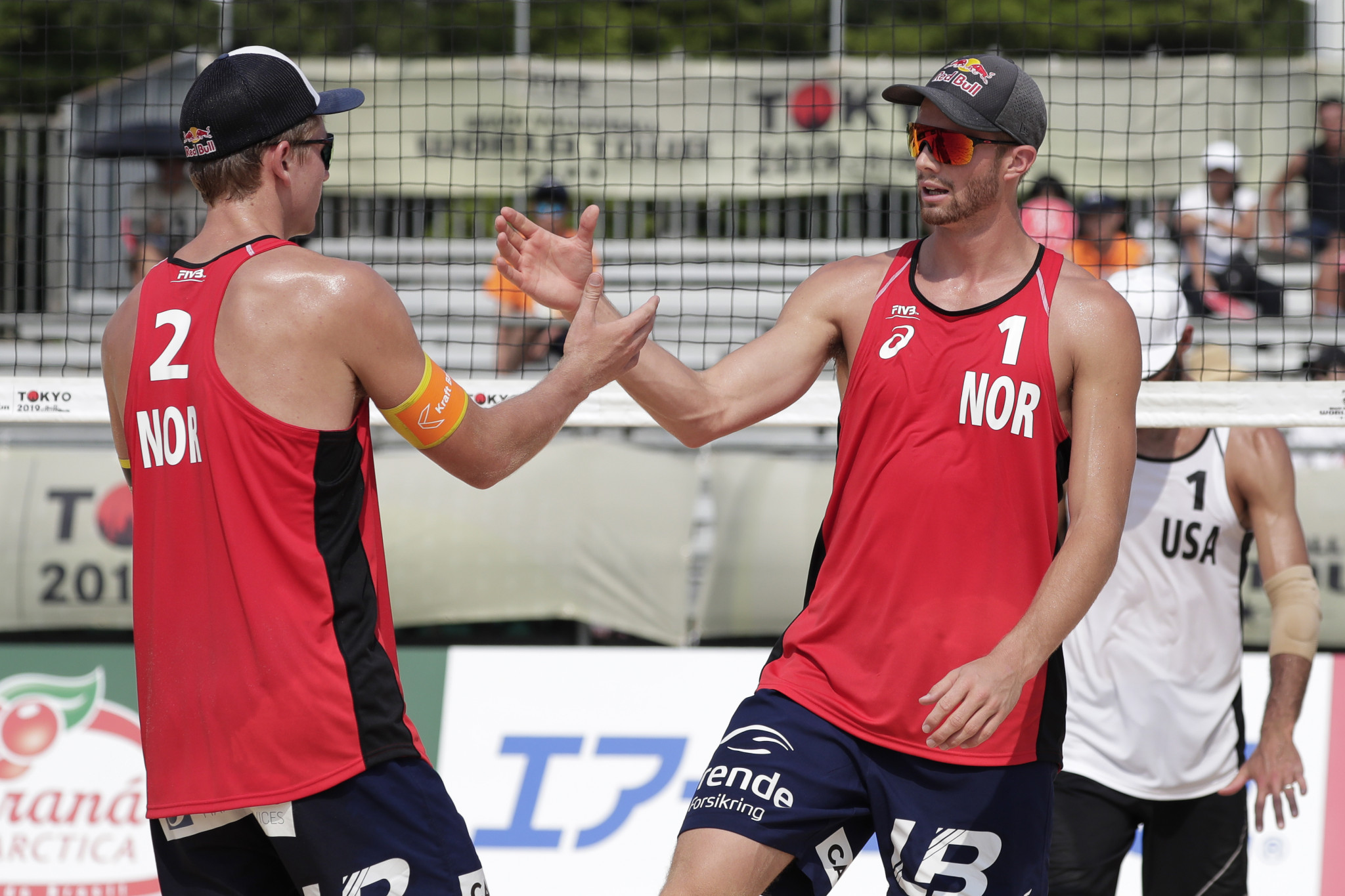 The Norwegians beat Russians Viacheslav Krasilnikov and Oleg Stoyanovskiy 21-19, 21-15 to become only the third pairing to complete a European hat-trick following their victories in 2018 and 2019.

Joana Heidrich and Anouk Verge-Depre, of Switzerland, were also crowned champions after coming from behind to beat German duo Kim Behrens and Cinja Tillmann.

Behrens and Tillmann took the first game but their Swiss opponents came storming in the second before edging the decider 18-21, 21-14, 18-16.

In the third place final, Russians Nadezda Makroguzova and Svetlana Kholomina triumphed 25-23, 21-18 against Barbora Hermannova and Marketa Slukova of the Czech Republic.