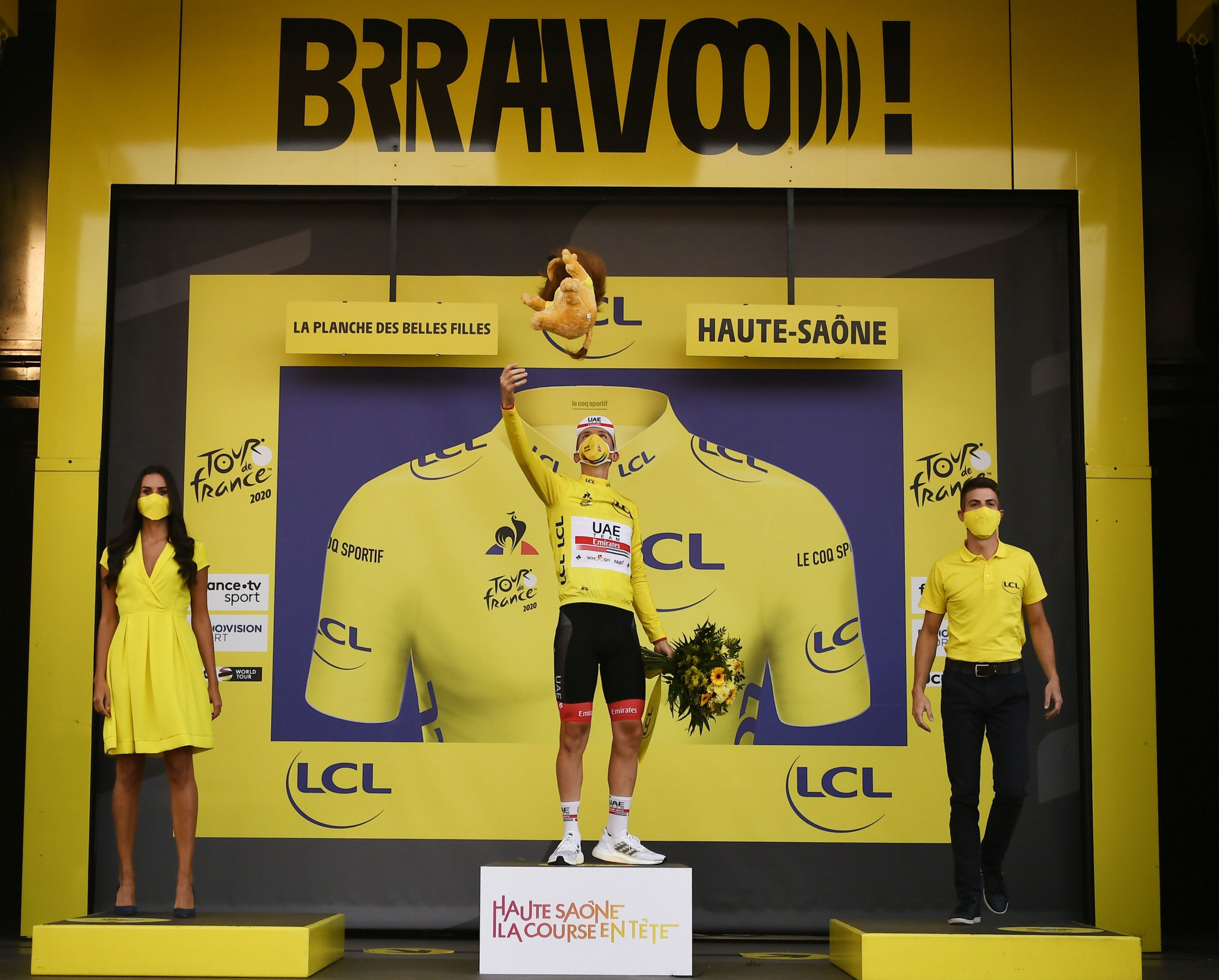 Tadej Pogačar produced a stunning individual time trial to snatch the Tour de France title away from fellow Slovenian Primož Roglič on a dramatic penultimate day of the race.

Pogačar began the 36.2 kilometre individual time trial from Lure to La Planche des Belles Filles with a deficit of 57 seconds to Roglič, who had led the race since stage nine.

The UAE Team Emirates rider had cut Roglič’s lead to mere seconds prior to the La Planche des Belles Filles on stage 20, with both riders opting to change from time trial to traditional bikes for the climb.

The prospect of the closest finish to the race since the 1989 Tour de France, where Greg LeMond triumphed over Laurent Fignon by eight seconds, was ended on the climb as Pogačar’s dominant display saw him move into the virtual race lead.

Pogačar gained time on his rival on the climb and finished the stage in a time of 55min 55sec.

The effort saw Pogačar win the stage by 1:21 from Dutch star Tom Dumoulin, who had been a key part of the Team Jumbo-Visma squad supporting Roglič during the race.

Roglič finished 1:56 behind Pogačar on the stage.

The result saw the riders switch places on the general classification with Pogačar now leading the race by 59 seconds.

"I feel like my head is exploding, I was happy with the second place and now I’m here with the yellow jersey,” Pogačar said.

"I don’t know what to say, it’s unbelievable.

"I’m really proud of the team, they did such a big effort over three weeks.

"I feel sorry for Primoz Roglic, he had done a very good Tour de France so far and he had a bad day today.

"I was listening to the times through the radio on the flat part of the race but once on the climb I didn’t hear anything because the fans were too loud.

"I knew the climb very well so I just went full gas.

Pogačar will become the youngest winner of the Tour de France since 1904, with the Slovenian set to turn 22 on Monday (September 22).

He will also receive the white jersey for the best young rider and be crowned winner of the King of the Mountains classification.

Tomorrow will see the riders complete the ceremonial 122 kilometre final stage from Mantes-la-Jolie to Paris, with tradition dictating the race leader is not challenged on the final day.