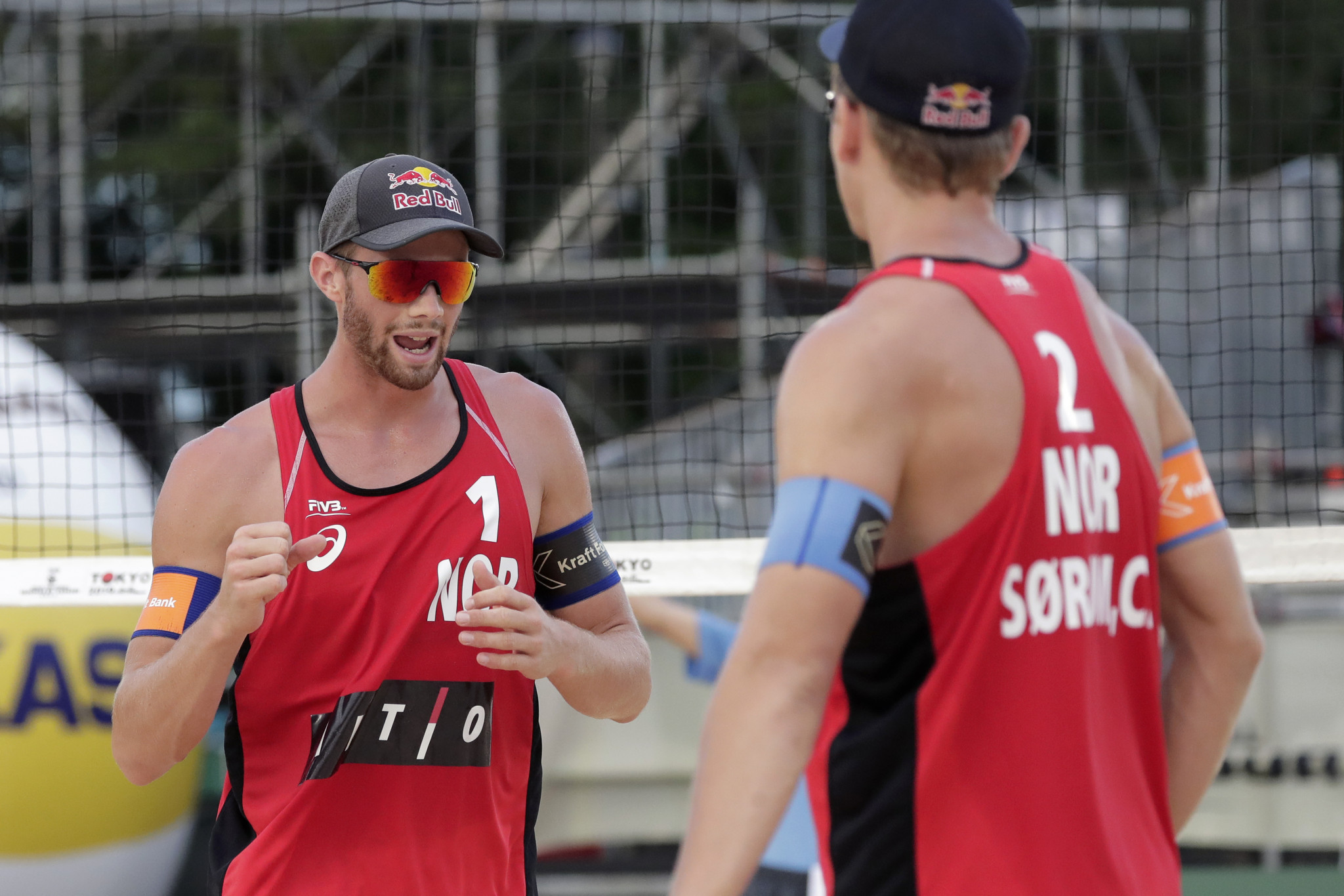 Reigning champions Anders Mol and Christian Sørum remain on course for a third successive European Beach Volleyball Championships after moving into the semi-finals in Jūrmala, Latvia.

The Norwegians defeated French duo Quincy Aye and Arnaud Gauthier-Rat 21-12, 21-14 in round two before seeing off the Spanish team of Pablo Herrera Allepuz and Adrian Gavira Collado 21-16, 21-16 in the quarter-finals.

Mol and Sørum will next face Paolo Nicolai and Daniele Lupo of Italy, who came through a thrilling encounter with Polish pair Piotr Kantor and Bartosz Losiak.

Nicolai and Lupo took the first set 21-19 before Kantor and Losiak clinched the second by the same score.

The Italians then held their nerve to take the decider 18-16.

The other semi-final will be an all Russian dual between Nikita Liamin and Taras Myskiv and Viacheslav Krasilnikov and Oleg Stoyanovskiy after both pairs won in straight sets.

Liamin and Myskiv downed Marco Krattiger and Florian Breer 21-15 21-18 while Krasilnikov and Stoyanovskiy claimed a 21-14, 21-9 victory over Hendrik Nikolai Mol and Mathias Berntsen of Norway.

After the highs of beating last year’s winners Tina Graudina and Anastasija Kravcenoka, Marta Menegatti and Viktoria Orsi Toth of Italy lost 21-16, 21-13 to Russians Nadezda Makroguzova and Svetlana Kholomina in the quarter-finals.

But Makroguzova and Kholomina were then undone by Germans Kim Behrens and Cinja Tillmann who progressed to the final after a 21-19, 21-17 success.

Joana Heidrich and Anouk Vergé-Dépré of Switzerland also enjoyed semi-final joy as they dispatched Barbora Hermannova and Marketa Slukova of the Czech Republic 21-11, 21-17.