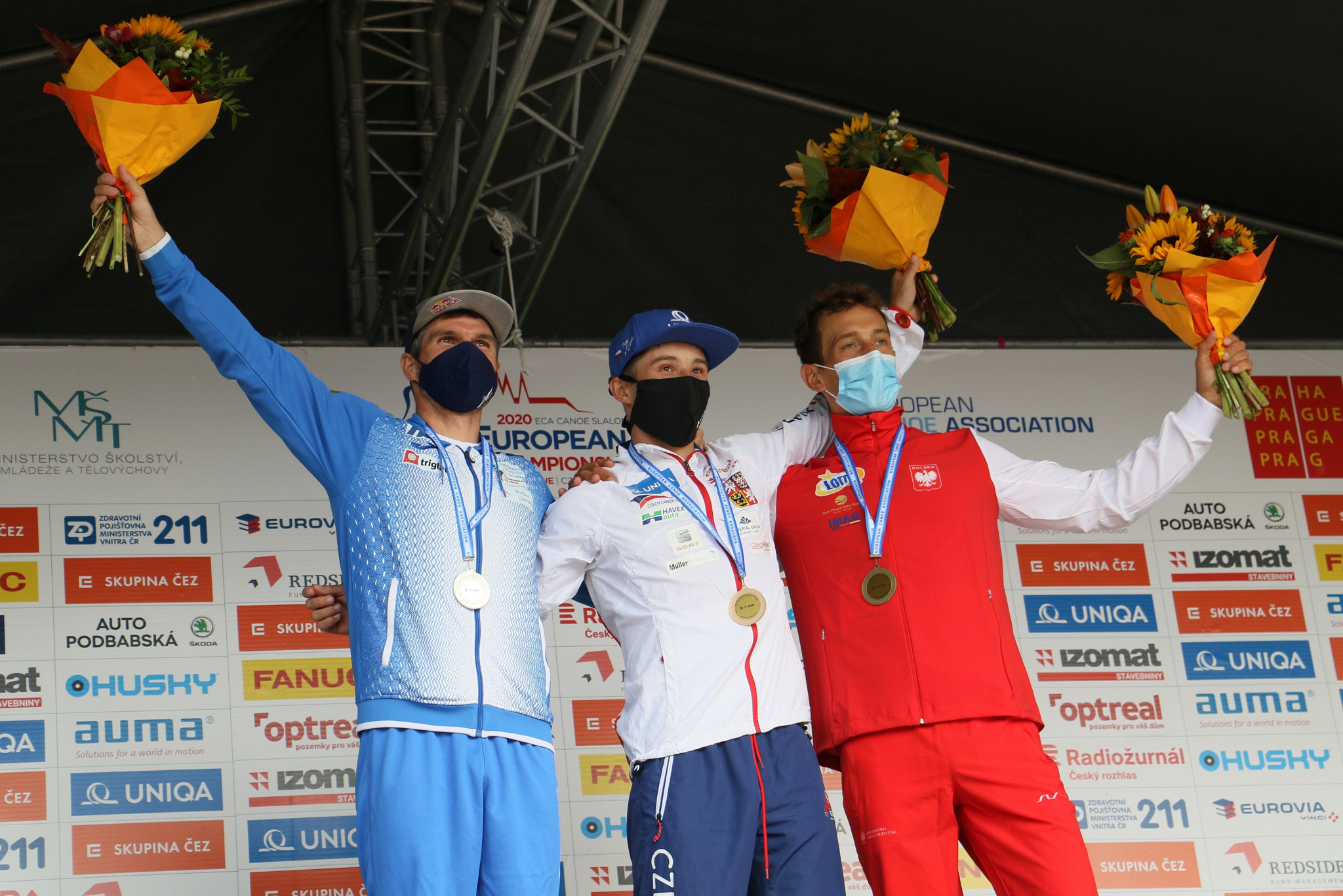 World champion Prskavec placed third in both the heat and semi-finals of the men’s K1 competition.

He rose to the top of the standings when it mattered, with a time of 1min 37.97sec proving enough in the final to secure gold.

Prskavec has now won the individual European title on four occasions, following victories in 2013, 2014 and 2016.

Slovenia’s Peter Kauzer and Poland’s Mateusz Polackzyk completed the podium, after finishing in times of 1:38.49 and 1:39.06.

Satkova triumphed in the women’s C1 final in a Czech one-two.

The 18-year-old earned her maiden European title by achieving a time of 2:01.75.

Tereza Fišerová finished 0.30 seconds behind her team-mate to take the silver medal.

Satkova and Fišerová then teamed up with Tereza Kneblova to win the women’s C1 team competition in a time of 2:19.11.

Czech Republic finished 1.45 seconds off the pace after their team of Prskavec, Vít Přindiš and Vavrinec Hradilek received four penalties on the course.

The focus shifts to the men’s C1 and women’s K1 events tomorrow.

Athletes from 20 countries are competing in the Czech Republic, with the European Championships closed to the general public.

Germany and Russia elected not to compete, while Britain and Slovakia have opted out of international racing until the end of 2020 due to the pandemic.