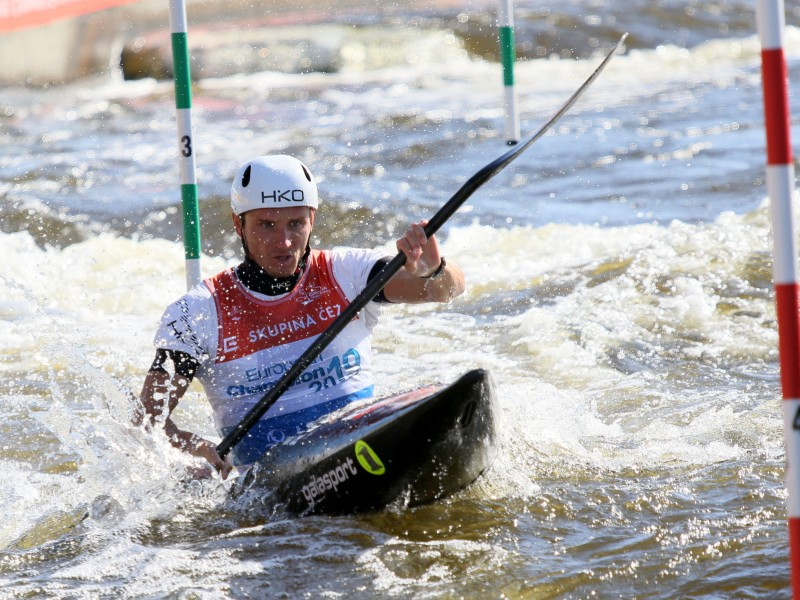 Fišerová topped the standings in a time of 1min 56.49sec to ease into the semi-final stage of the competition.

Czech Republic’s Tereza Kneblova rounded off the top three in the heat as she finished 7.42 seconds behind compatriot Fišerová.

The women’s K1 heat saw Austria’s Corinna Kuhnle lead the way after she recorded a time of 1:43.60.

Ukraine’s Vikoriia Us and Czech Republic’s Kateřina Kudějová completed the top three after finishing 6.14 and 6.97 seconds off the pace, respectively.

Defending champion Amálie Hilgertová finished 12th at 12.16 seconds behind the heat winner, but the Czech athlete progressed through to tomorrow’s semi-final.

The host nation boasted the fastest finisher in the men’s C1 heat as Lukas Rohan clocked 1:33.90.

He finished 1.74 clear of Ireland’s Liam Jegou, with Slovenia’s Luka Bozic third at 3.22 down.

The men’s K1 field was led by defending champion Vít Přindiš, who achieved a time of 1:31.30.

Přindiš ended 0.09 ahead of Martin Dougoud from Switzerland, while Jiri Prskavec placed third at 0.16 second behind his Czech teammate.

"I am really happy I won today’s qualification, but that was not my goal," Přindiš said.

"My goal was to be in the first 20 after the first run and to have a free afternoon.

"This gives me extra time tomorrow to see more course, more athletes how they will handle the course.

"And of course it gives me confidence.

"I did not have good selection races earlier in the summer, but I am growing in growing in confidence and I am feeling better on the water.

"This is perfect start to this Europeans.”

The men’s K1 and women’s C1 competitions will continue tomorrow with the semi-finals and final, as well as the team events.

The focus will shift to the men’s C1 and women’s K1 events on Sunday (September 20).