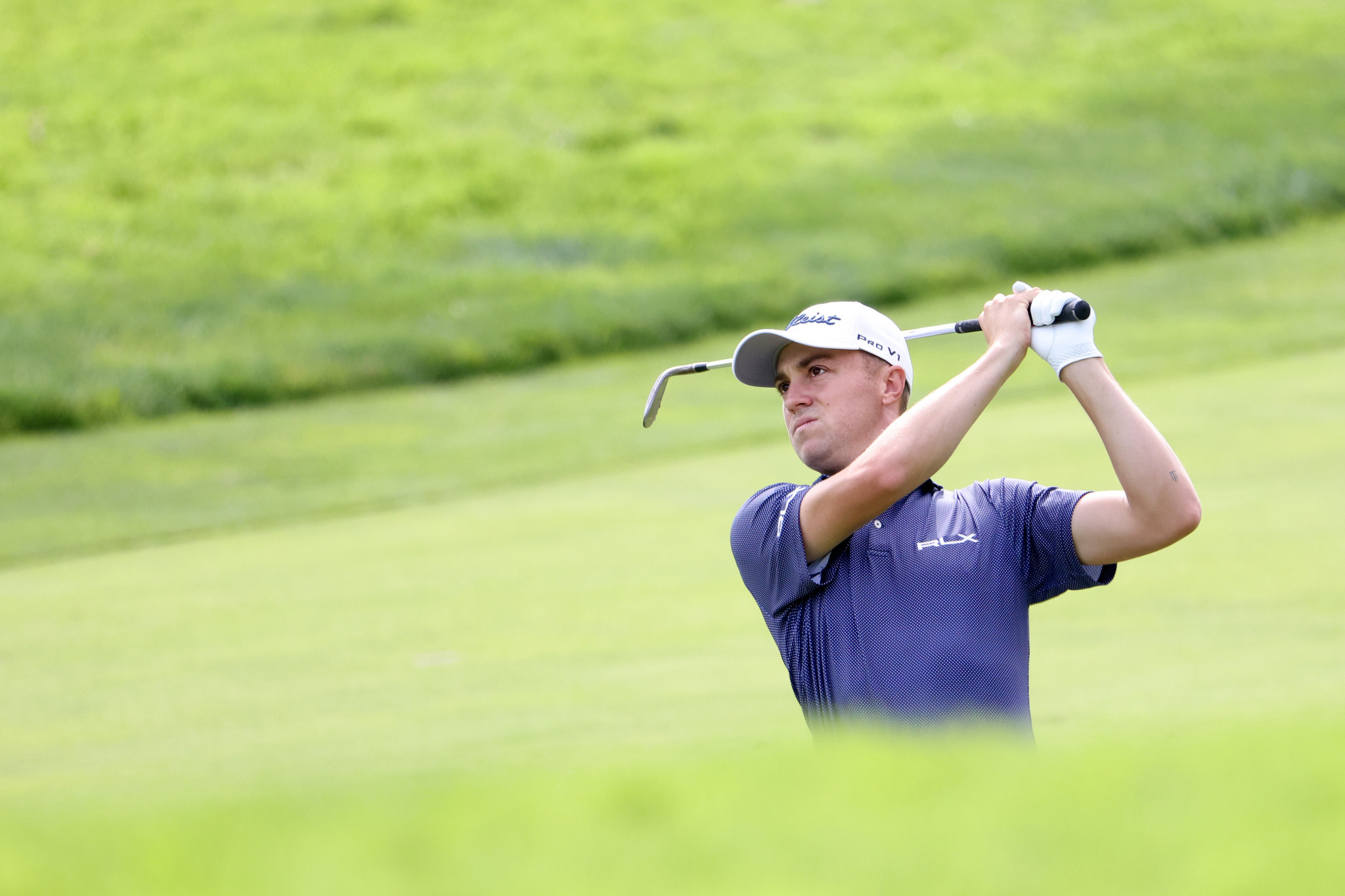 Justin Thomas holds a one-shot lead after the first round of the US Open at Winged Foot Golf Club in New York State.

Thomas, who has won one major before but never previously finished in the top 10 at this tournament, shot a five-under-par 65, featuring six birdies and a solitary bogey.

His divisive compatriot Patrick Reed - also a one-time major winner - is tied for second along with Belgium's Thomas Pieters and another American, Matthew Wolff.

This is just the second major appearance of Wolff's career.

Rory McIlroy of Northern Ireland, a four-time major champion, is two shots back on three under par and tied for fifth with England's Lee Westwood and Louis Oosthuizen of South Africa, a former British Open winner and top-two finisher at all four majors.

McIlroy, who won the US Open in 2011 but last tasted major success in 2014, was another player to drop only one shot through his opening round; erratic Oosthuizen made four birdies, an eagle and three bogies.

American Xander Schauffele is in a group of players three shots behind the leader, while compatriots Bryson DeChambeau, Tony Finau and Rickie Fowler are a further shot behind with Spaniard Jon Rahm, the word number two.

When Winged Foot last hosted the event in 2006, Australian Geoff Ogilvy won with a final score of five over par.

Three rounds remain, with the US Open set to reach its climax on Sunday (September 20)