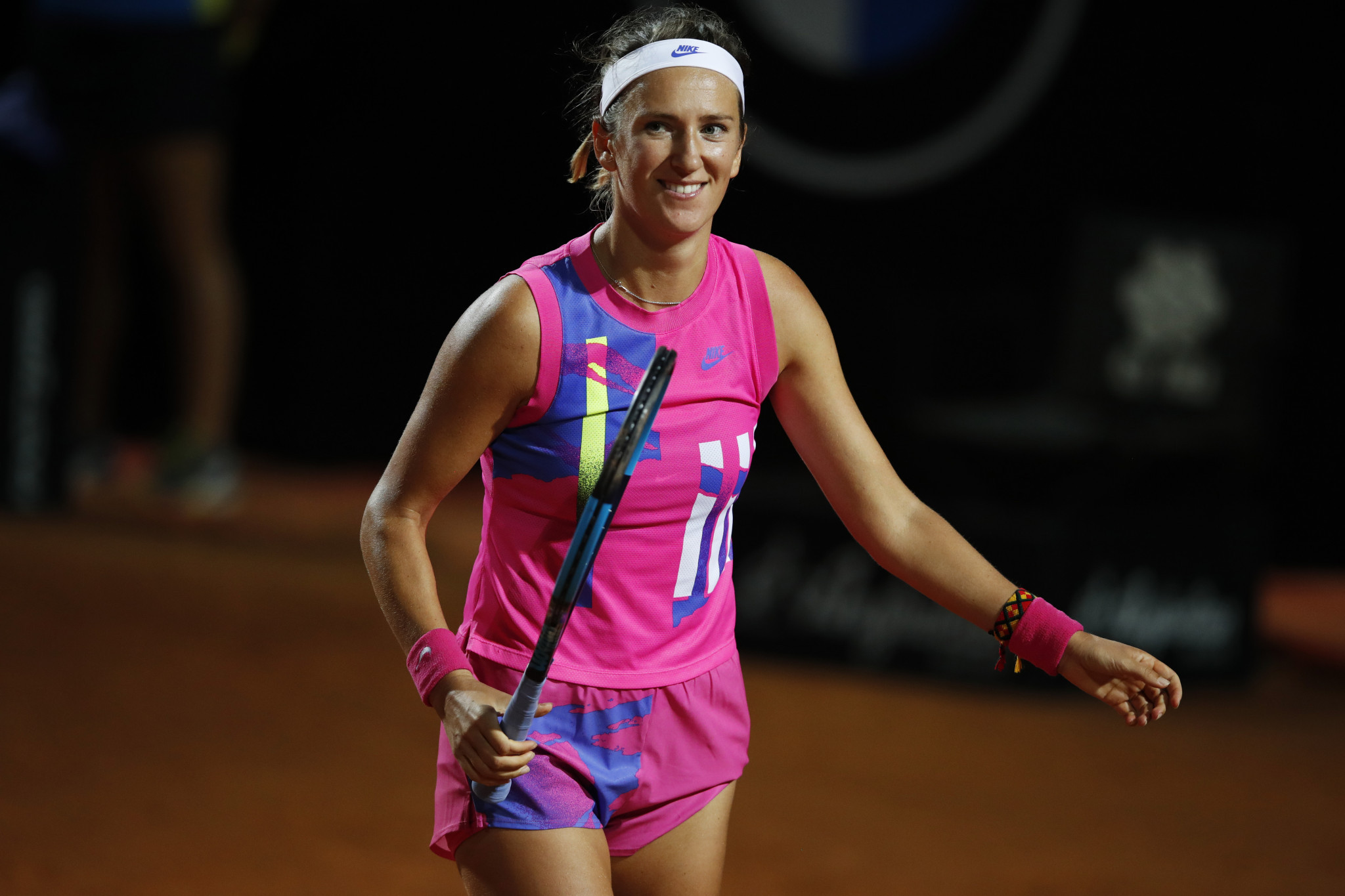 Number three seed Sofia Kenin could not win a single game as she crashed out of the Italian Open, thrashed by US Open runner-up Victoria Azarenka.

American Kenin won only 29 points as Azarenka triumphed 6-0, 6-0 in just 61 minutes at the Foro Italico in Rome.

"I think my consistency was the key to the scoreline," the Belarusian said afterwards.

"I feel like I played really smart tennis today.

"So I’m very happy with that.

"But the key was definitely being able to maintain the level that I started with."

Kenin was one of three top-eight seeds to lose in the second round - which they received a bye to - in the women's draw today.

Britain's seventh seed Johanna Konta, a straight-sets victor in round two, will play ninth seed Muguruza for a place in the quarter-finals.

The men's singles also saw some upsets, but not on the scale of Kenin's double bageling.

Lorenzo Musetti that is OUTRAGEOUS 🤯

Just way too good, and gets the approval of Nishikori 👏#IBI20 pic.twitter.com/rDJkPFNnM0

Russia Andrey Rublev was another seed to lose, beaten by Pole Hubert Hurkacz in three sets.

The Italian had already beaten Swiss three-time Grand Slam winner Stan Wawrinka in round one, and followed this up by defeating Nishikori 6-3, 6-4.

The first player born in 2002 to win an Association of Tennis Professionals Tour match, Musetti is the first teenager to reach the last 16 of the men's Italian Open since 1989.

In another upset, and following a delay after the floodlights failed, French fifth seed Gaël Monfils lost to German Dominik Koepfer 6-2, 6-4.