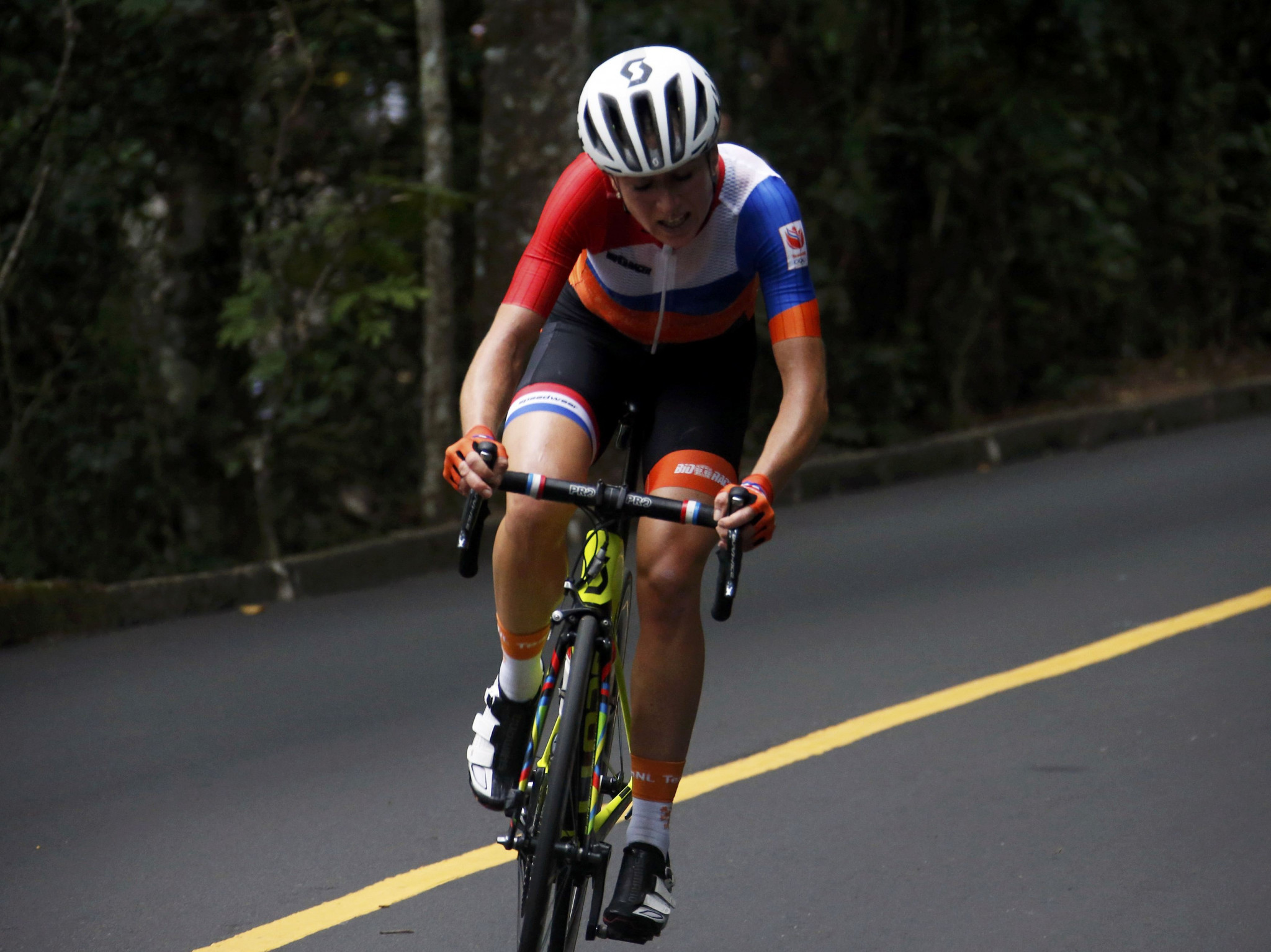 Giro Rosa leader Annemiek van Vleuten is out of the race after breaking her wrist in a crash during the seventh stage in Italy.

The Dutch cyclist, who still led the event at the end of the stage, crashed 500 metres from the line.

Compatriot Marianne Vos and Australia's Amanda Spratt were also caught up in the incident, with Spratt too ruled out.

All three riders crossed the line, but Van Vleuten and Spratt were carrying obvious injuries and were taken straight to hospital for examination.

"I felt immediately it was not good with my wrist, because I saw that my wrist was not straight, so I knew straight away that was not good," Van Vleuten said.

"I will go home now and I will have an operation on my wrist on Saturday.

"I’m super sad it’s not possible to defend the maglia rosa, but even more, no worlds on a course that suits me.

"I’m disappointed that I cannot defend my world champion's jersey."

Belgium's Lotte Kopecky capitalised on the crash to win the 112-kilometre stage, crossing the line in 2 hours 52mins 12secs.

Lizzie Diegnan of Britain took second place and was followed by Kasia Niewiadoma of Poland.

Van Vleuten got the winner's time due the 3km rule and kept the leader's jersey nefore being forced to withdraw.

Niewiadoma was 1:56 behind but now leads, with Anna van der Breggen of The Netherlands trailing by seven seconds.