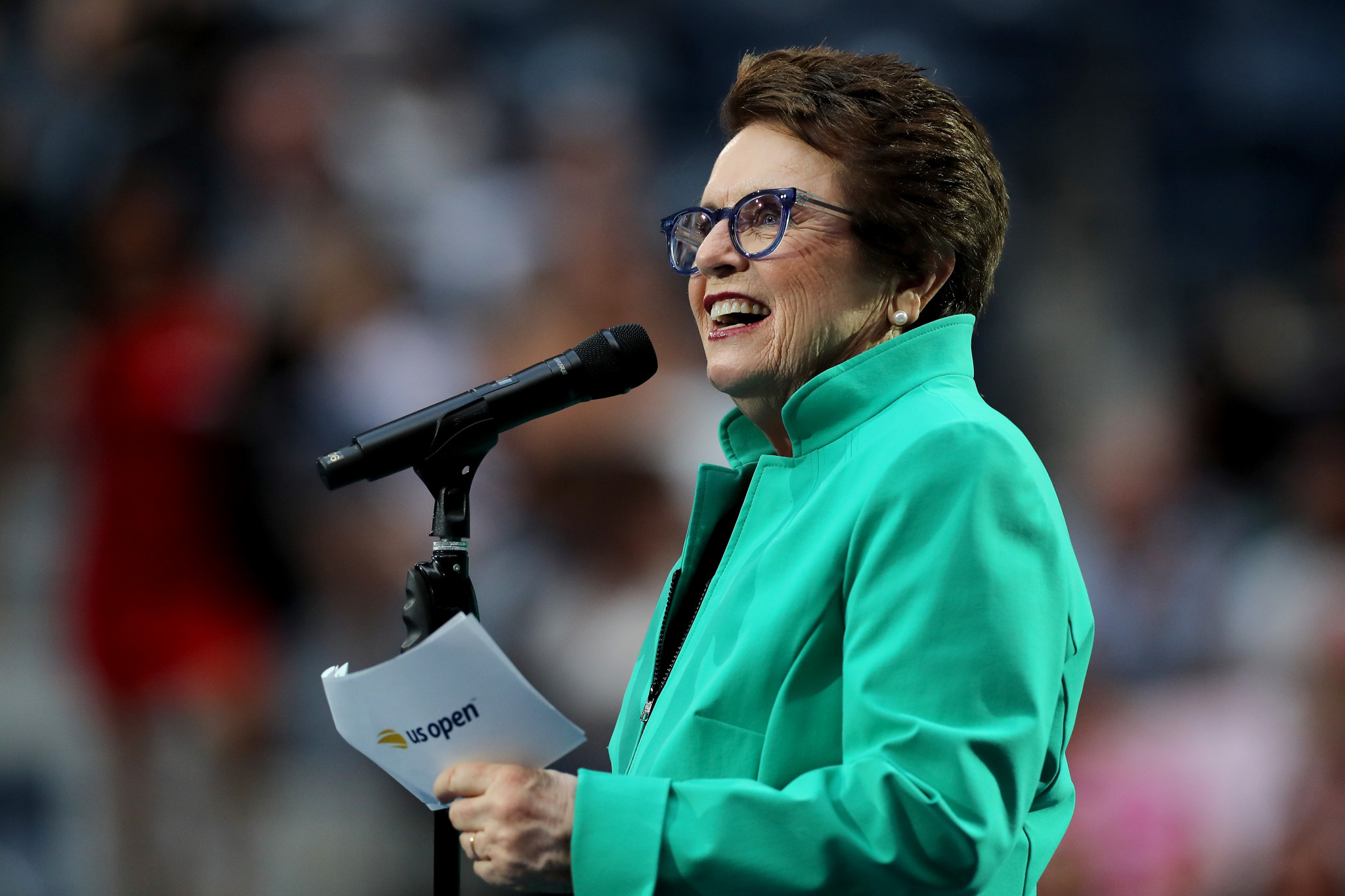 The Fed Cup has been renamed the Billie Jean King Cup in a bid to "secure her legacy" and create a "stronger global identify" for the competition.

Billed as the world cup of women's tennis, the first Billie Jean King Cup Finals is due to take place in Budapest in April next year when the 12 best nations will come together over one week.

The move follows last year’s changes to the competition format and the increase in player prize money to £12 million ($15.5 million/€13 million), which is equivalent to the men’s Davis Cup.

International Tennis Federation (ITF) President David Haggerty believes King "perfectly represents" the values of the competition, having been a "global campaigner for equality" and "dedicated her life to fighting discrimination".

"Renaming the competition after her underlines the ITF’s commitment to ensuring that tennis leads the way in sport when it comes to equality and inclusion," Haggerty said.

"It’s not just about her values off the court as she is also the most successful individual in the competition’s history, lifting the trophy on 10 occasions both as a player and captain.

"This new move will not only secure her legacy but ensure that she continues to be a role model and inspiration for generations to come."

King’s association with the Fed Cup began at the inaugural tournament in 1963 when she secured the title with the United States.

She went on to lift the trophy a further six times as a player and then on four more occasions as a captain.

The 76-year-old, who won 12 Grand Slam singles titles, was also appointed as the competition’s first Global Ambassador in 2019.

King said she was honoured by the announcement and insisted it was "our time to be bold" and "make history".

"I am still overwhelmed and feel a huge responsibility because I really want this to be a force of change now that we have done this," King said.

"I want us to not let up and to really keep trying for equality, but I am so honoured and was so surprised when David talked to me about the idea of it.

"I just think about all the people who made it possible for me to have the opportunity because you don’t do anything alone so I would like to thank every single one of you."

Katrina Adams, vice-president of the ITF and former professional player, said it was "long overdue" for a major competition to be named after a woman.

"It gives us an opportunity to honour an icon as Billy Jean is a champion on the court and a pioneer off it," Adams added.

"This create a stronger global identify for the competition which will bring increased worldwide exposure and a greater investment for women’s tennis.

"We are so excited for this era for the competition."

This year's 12-team Fed Cup Finals had been scheduled to take place at the László Papp Sports Arena in the Hungarian capital from April 14 to 19, only to be postponed due to the COVID-19 pandemic.

France are the current champions.