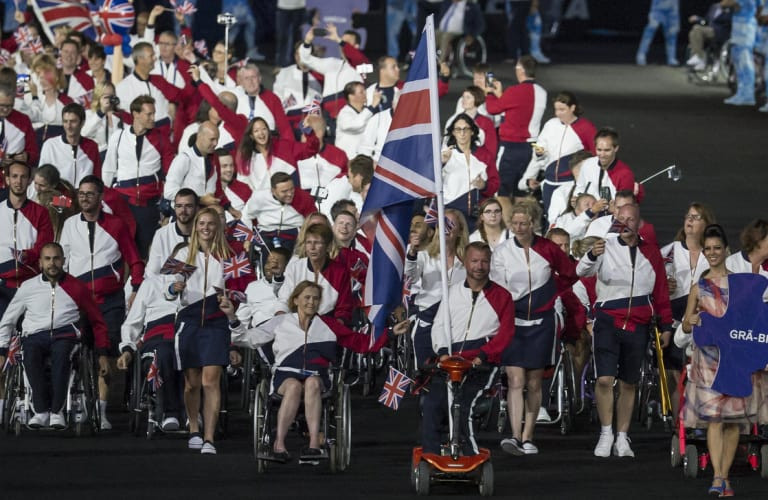 Six new members will be elected to the British Paralympic Association's (BPA) Athletes' Commission in November.

Four current members are due to stand down having served the maximum two four year terms on the Commission.

Two further members are also set to be added to the group to take into account the increasing opportunities and feedback sought by the BPA.

Current Athletes' Commission chair Helene Raynsford has urged a diverse range of athletes to stand for the roles.

"Athletes are best placed to provide advice and feedback on a wide range of issues which have a direct benefit on fellow ParalympicsGB athletes, and the presence of the Athletes' Commission ensures we get the opportunity to do just that," she said.

"While we will be sorry to see current members go, and have greatly valued their significant input in recent years, I am equally looking forward to welcoming new faces to the group.

"I strongly encourage athletes from all backgrounds, impairment groups and sports to consider putting themselves forward for the forthcoming elections.

"While the Commission provides a vital opportunity for the athlete body to shape and influence decisions, it's equally important that the group truly reflects the diversity of athletes that we represent."

Hear from the members standing down from our Athletes’ Commission. Nominations are NOW OPEN until 7 October.

From campaigns to classification and kit, the Athletes' Commission is consulted on a wide range of issues.

Most recently, Raynsford led a focus group consulting athletes on issues brought to the fore by the Black Lives Matter movement.

Current and recently retired Paralympians – athletes who have competed for Britain at a Games within the last 12 years from the nomination closing date – and over the age of 18 are eligible for the role.

The deadline for nominations is October 7, with voting opening in early November.