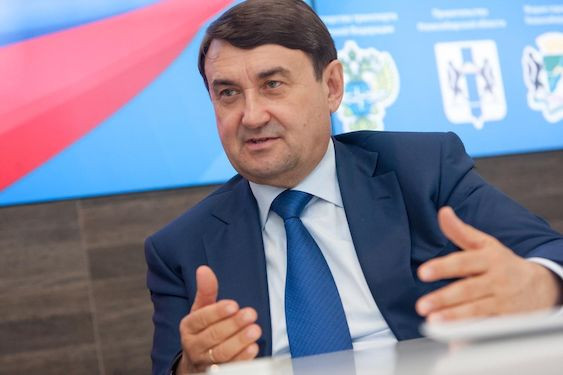 Igor Levitin has pledged to "embrace change" after being elected as President of the European Table Tennis Union (ETTU) on a four-year term.

The Russian was elected during the ETTU Congress, held virtually due to the coronavirus pandemic.

It is reported that 46 member federations voted for Levitin, with two voting against.

Levitin, an aide to Russian President Vladimir Putin, was confirmed as the only candidate for the position by the ETTU in August.

The 68-year-old succeeds Ronald Kramer, who was ETTU President since 2013 but decided not to stand for re-election.

In an interview with the ETTU website, Levitin revealed he wanted the organisation to "embrace change".

"Table tennis like all sports is facing significant challenges because of the current global pandemic," he said.

"Outgoing President Kramer did a lot for the development of European Table Tennis.

"But I think everyone in the ETTU family agrees we have a lot more potential we have not yet realised.

"Now because of the challenges table tennis is facing due to the global pandemic, it is more important than ever that we encourage innovation and embrace change so we can emerge stronger."

"I believe we all share a common desire to deliver the change that European table tennis needs at this time.

"To achieve this, the two pillars I identified are: growing sustainably through innovation; and raising the ETTU’s international influence.

"It is clear to me that if we are going to grow, we must innovate.

"We must try new things and push boundaries if we are to engage new audiences and expand beyond where we are currently.

"And if we want to secure our long-term potential we need to raise our influence - we need a stronger voice and to take control of our future."

He is also first vice-president of the Russian Olympic Committee.