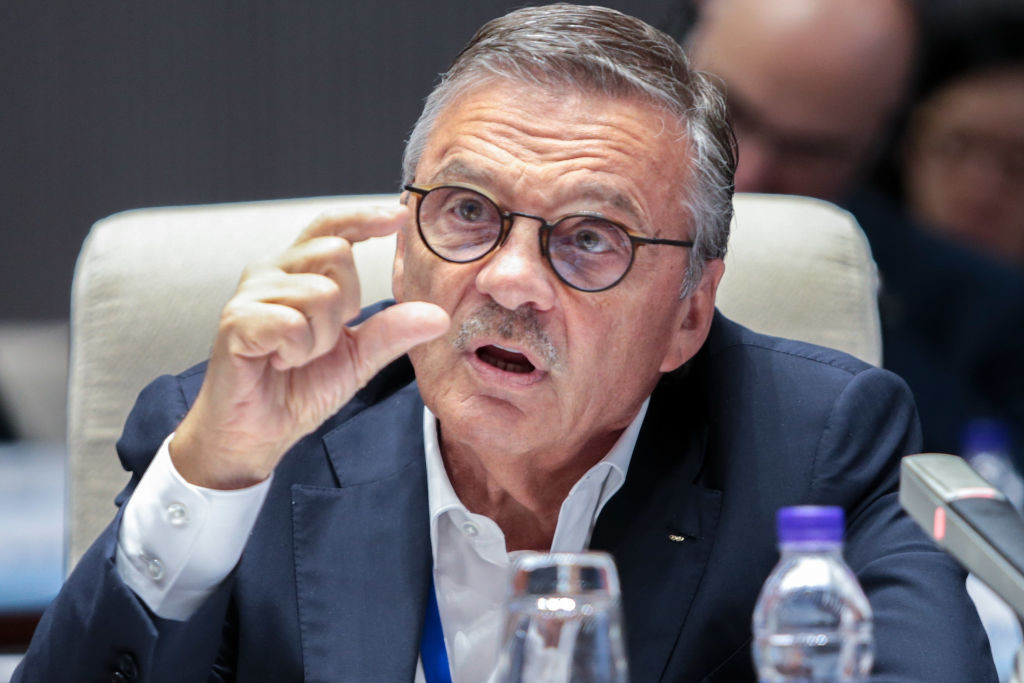 Next year's World Championship is likely to be the main item on the agenda at the Council meeting, which will be held remotely because of the coronavirus pandemic.

Belarus co-hosting the IIHF's flagship tournament outside of the Winter Olympic Games has been thrown into doubt amid widespread protests in the country following the disputed re-election of Alexander Lukashenko as President last month.

Latvia has called on the IIHF to find another co-host for the event and has threatened to withdraw if the worldwide governing body fails to do so.

Newly-appointed Belarusian Ice Hockey Association President Dmitri Baskov has claimed the nation can still jointly stage the competition and claimed there is no reason for the IIHF to strip the country of its hosting rights.

Belarus has also suggested it could host the 2021 World Championship alone if Latvia follows through with its threat to pull out.

The topic is on the agenda for the IIHF Council meeting after the Latvian Government wrote an official letter to the organisation calling for Belarus to be removed as a co-host.

Both the semi-finals and the medal matches are set to be held in Minsk.

IIHF Council member and Russian Hockey Federation President Vladislav Tretiak said the worldwide body was committed to staging its events over the coming season after the COVID-19 pandemic led to the cancellation of all World Championships in 2020.

Tretiak told Russia's official state news agency TASS the IIHF was looking at the National Hockey League (NHL), which has resumed its season, as an example of how its competitions can be held.

"Firstly, we are constantly monitoring the situation that exists in the world now," he said.

"Secondly, we have an example in the form of how the National Hockey League is currently holding the Stanley Cup, it is expensive and the NHL has invested a lot of money there.

"But the International Federation is definitely planning to hold the youth, women's and men's world championships, with or without spectators - time will tell."