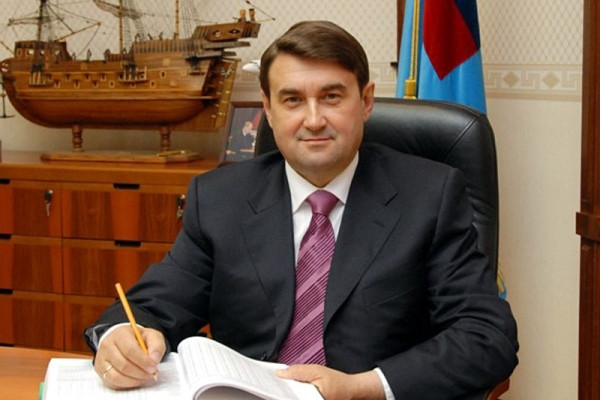 Russia's Igor Levitin is set to be elected President of the European Table Tennis Union (ETTU) when the organisation holds its Congress online tomorrow.

Levitin, an aide to Russian President Vladimir Putin, was confirmed as the only candidate for the position by the ETTU in August.

Levitin, also first vice-president of the Russian Olympic Committee, will succeed Ronald Kramer as head of the ETTU.

Kramer has been ETTU President since 2013 and has decided not to stand for re-election during the meeting, which is taking place remotely due to the coronavirus pandemic.

Levitin's election as the head of European table tennis' governing body does not breach the list of sanctions imposed on Russia by the World Anti-Doping Agency (WADA) in December.

Under the package of punishments, Russian Government officials and representatives "may not be appointed to sit and may not sit as members of the Boards or committees or any other bodies of any code signatory (or its members) or association of signatories".

Levitin's position as a Presidential aide is not thought to be covered by the rule.

The Russian Anti-Doping Agency, declared non-compliant by WADA for a period of four years, has appealed the sanctions and they will not come into effect until the Court of Arbitration for Sport (CAS) renders its final verdict.

Hearings in the case are scheduled to take place between November 2 and 5.

Levitin has pledged to implement new, innovative measures to ensure a positive evolution of the sport in Europe when he takes over at the helm of the ETTU.

He has previously expressed concerns over the future of the sport in Europe and suggested the ETTU leadership had stemmed the progress of the organisation by being "reluctant to change".

The ETTU also confirmed Portugal's Pedro Moura as the sole candidate for the deputy President position at the Congress, while England's Sandra Deaton and Hungary's Roland Natran are standing to become the vice-president of finance.