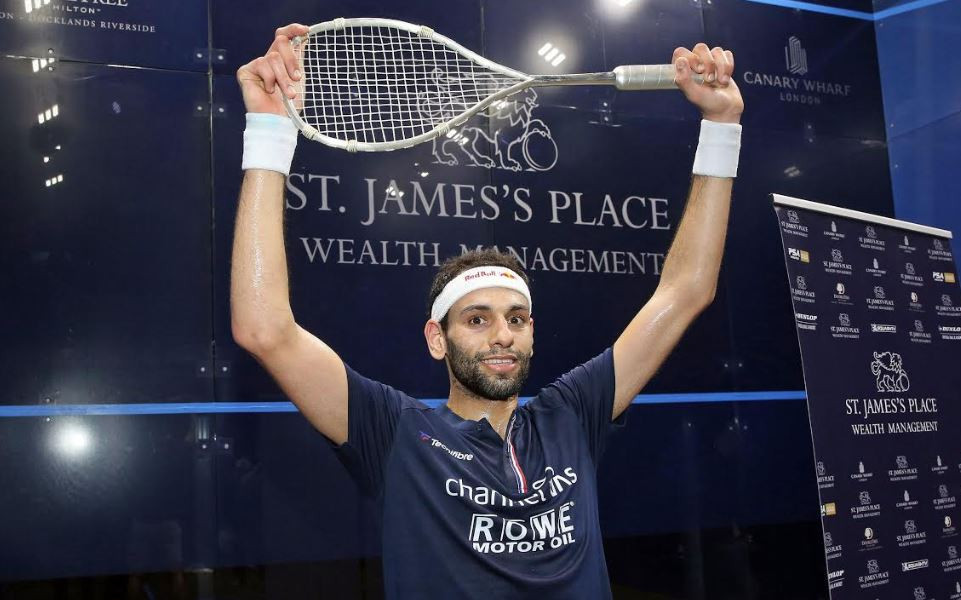 Egypt's men's singles world number one Mohamed ElShorbagy is set to be the biggest name in a stacked men's field at the PSA (Professional Squash Association) Manchester Open for squash's first event back since the COVID-19 pandemic.

All of the top eight in the world will feature at the competition in the United Kingdom, which will mark the return of the PSA World Tour.

The last time that Mohamed ElShorbagy was in the UK was at the St. James's Place Canary Wharf Squash Classic 2020 in London where he won in four sets against Farag.

Farag won the previous tournament to that at the Windy City Open in Chicago in the United States after defeating world number five, New Zealand's Paul Coll in the final.

All the action will take place at the PSA Silver event from September 16 to 22.

In the women's draw, France's world number three Camille Serme will be the top seed and despite the top two missing - Egyptian pair Nouran Gohar and Nour El Sherbini - 14 of the top 20 players in the world are expected to compete.

Some of these include England's number one Sarah-Jane Perry and reigning Manchester Open champion, New Zealand's Joelle King.

Another potential winner could be Egypt's Hania El Hammamy, but the world number six is not relying on her past form to come out on top.

El Hammamy comes into Manchester having won the last women's event before the pandemic shut down the sport in March 2020.

Her five-set victory over El Sherbini at the CIB Black Ball Open in Cairo in Egypt is firmly in the history books.

"I have thought of the Black Ball and I have watched some of my matches back, but that is last season and I have been working hard with my coach and making sure that my fitness and my game is at the level it was at in Cairo when we finished up before the suspension," said El Hammamy.

"We maybe didn't have enough time to make some of the changes and improvements we would have in a normal off season and the last thing you want to do is rush technical things like that.

"But I am happy with where I am at and the work we have done."

Her opening match will take place against France's Enora Villard, who is unseeded for the event.

Other top seeds in the women's draw include second seed Nour El Tayeb of Egypt and the United States' fifth seed Amanda Sobhy.