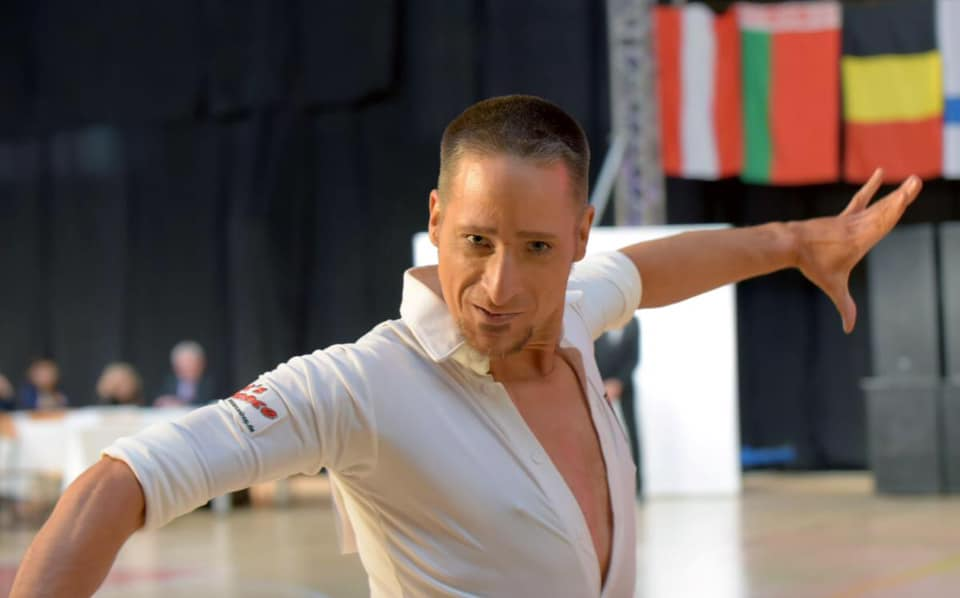 Machens secured two bronze medals at the World Championships after finishing third in both the men's singles and freestyle events.

He was invited back to the city to join a training session organised by the TSC Blau-Gold-Rondo Bonn dance club.

Machens said the event was attended by 30 participants, including ambulant dancers and wheelchair users from Düsseldorf,  Krefeld and Osnabruck.

"They didn't know each other but, within a few minutes, we were a community," Machens said.

"Then, at the end, we were a group of dancers connected by common interests beyond the workshop.

"The World Championships has helped this development and [increased] the curiosity about the sport.

"Up till now there are only a few inclusive dance sport clubs for people who just want to dance regularly.

"By closing this gap to other sports, we will also be closing a gap in society because sport creates a dialogue and mutual understanding."

Machens said Katrin Ryborz and Christian Trutzler from the Blau-Gold-Rondo club had first suggested a workshop during a training camp in the lead up to last year's World Championships in the German city.

He has also offered classes at similar events in Rheine and Bad Harzburg.

The World Championships took place from November 29 to December 1 in 2019.

It was be the biggest World Para Dance Sport Championships to date, with 225 athletes from 26 countries participating.

The competition was the first major Para-sport event to take place in Bonn, which has headquartered the International Paralympic Committee since 1999.