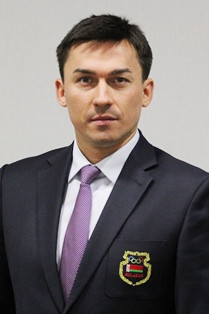 Newly-appointed Belarusian Ice Hockey Association (BIHA) President Dmitri Baskov has claimed there is no reason to strip the country of its co-hosting rights for the 2021 Men's World Championship.

Baskov claimed Latvia had been "trying to politicise sport" after the nation called on the International Ice Hockey Federation (IIHF) to find another co-host for the event.

Latvia has also threatened to withdraw as hosts unless the IIHF allowed it to co-host the tournament with a nation other than Belarus.

"The BIHA has done a great job on the application to host the World Championship together with Latvia, after we received this pre-emptive right, we began to work in this direction together," Baskov, appointed the head of the BIHA last week, said.

"Today there are no prerequisites for not holding one of the best World Championships."

The IIHF is set to discuss the situation regarding the 2021 World Championship at its next Council meeting on September 17.

There have been violent scenes and clashes between demonstrators and police in the Belarusian capital over the past month.

Countries such as Latvia have sanctioned 30 officials in Belarus, including Lukashenko, over having a "central role in falsifying election results in Belarus and using violence against peaceful protesters".