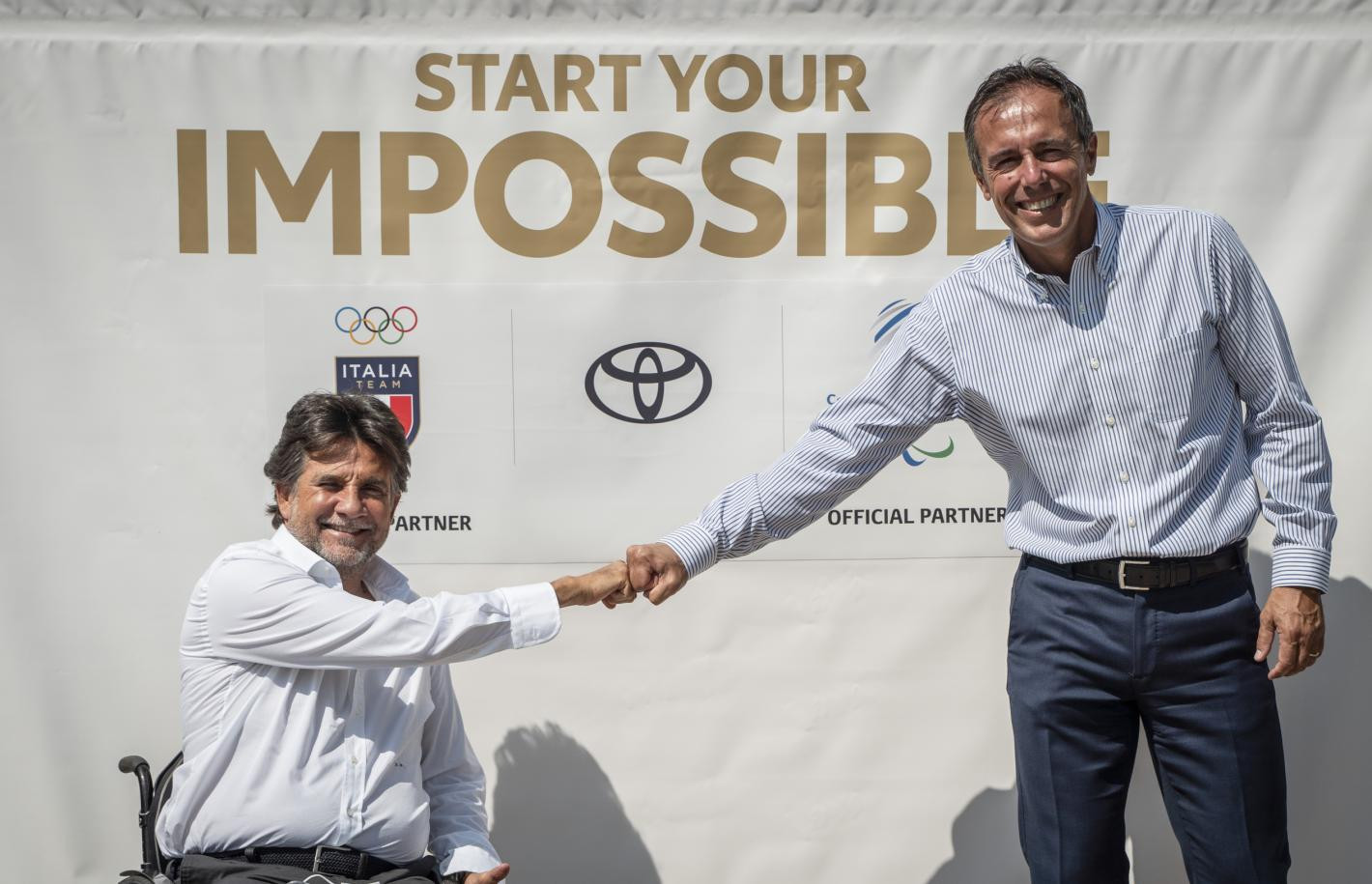 The Italian Paralympic Committee (CIP) and Toyota have renewed their partnership with the car giant providing new vehicles for those with reduced mobility.

Three Toyota Proace Verso, two RAV4 and a Lexus NX were driven to the CIP for a ceremony attended by the chief executive of Toyota Motor Italia, Mauro Caruccio, and the President of the CIP, Luca Pancalli.

"Toyota wants to support the development of mobility open to all and in which every limit can be overcome thanks to willpower and human ingenuity," said Caruccio.

"The partnership with the CIP fits into this context, with whom we share the same values and the same spirit.

"I am convinced that together we can continue the path towards a more inclusive society where every individual is free to move.

"Almost four years have now passed since the partnership with the CIP began and the enrichment we have received is incredible thanks to the association with people and athletes who are fantastic for the determination, passion and enthusiasm they are able to transmit."

Since January 2017, Toyota Motor Italia has been an official partner for the CIP, as well as the Italian National Olympic Committee..

The company is also a worldwide Olympic and Paralympic partner.

"Toyota in recent years has always been alongside the Italian, Olympic and Paralympic sports world," added Pancalli.

"We are therefore pleased to renew this collaboration, with the hope of celebrating together a new season characterised by cultural and sporting goals."

According to the World Health Organization, around 15 per cent of the world lives with some form of disability, with two to four per cent having difficulties functioning in day-to-day life.