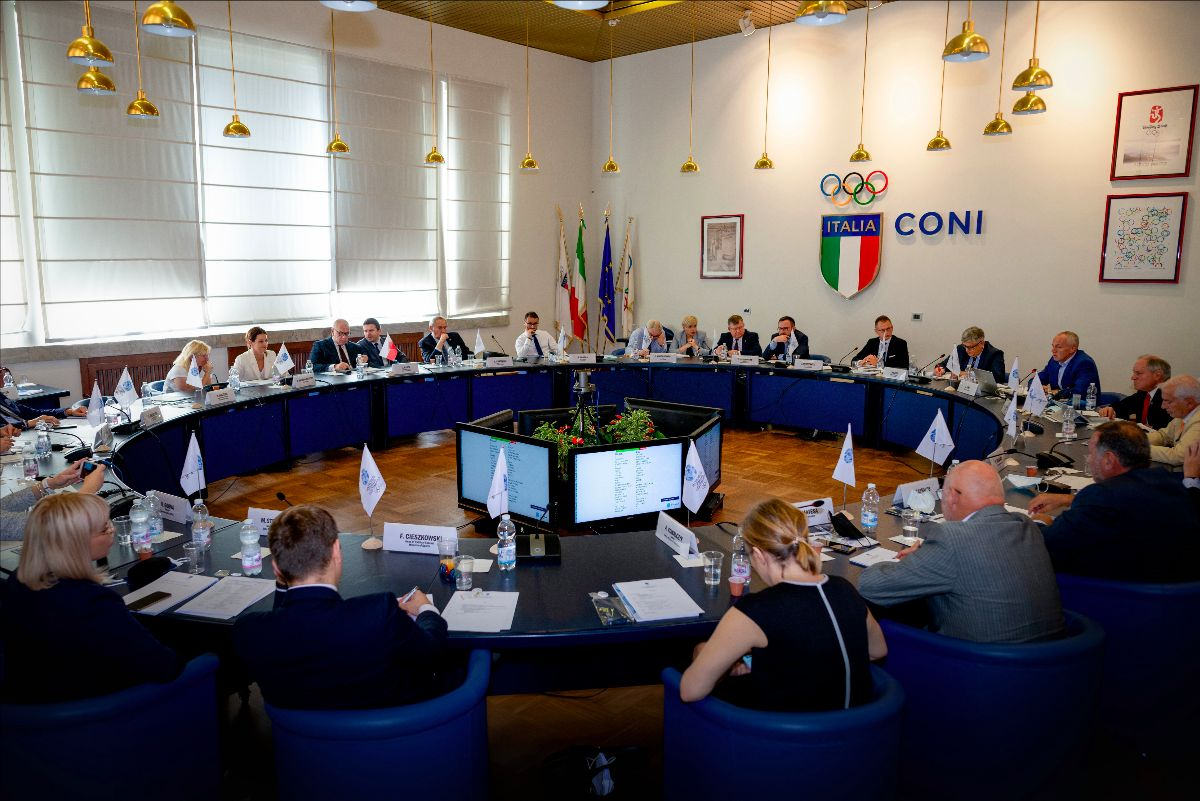 Ski jumping, mountain running and rugby sevens have been included on a preliminary list of 23 sports for the Krakow-Małopolska 2023 European Games, with final negotiations set to take place with International Federations.

The preliminary list of sports was agreed at a meeting between the European Olympic Committees (EOC) and a Polish delegation at the Italian National Olympic Committee's (CONI) headquarters in Rome.

Polish Minister of Sport Danuta Dmowska-Andrzejuk presented a report on the sports programme which has been proposed in cooperation with the Polish Olympic Committee (PKOI), the Municipality of Krakow and the Małopolska Region.

Ski jumping is among the most eye-catching inclusions, with the summer version of the event put forward.

The International Ski Federation arranges a yearly summer circuit which sees competition held on ski jumps with artificial surfaces, including an event at Wisla in Poland.

Canoe sprint and slalom events are included, along with volleyball and beach volleyball.

The preliminary list is subject to final negotiations with each of the European and International Federations, with the EOC saying a key part of the selection criteria was whether the sports will use the European Games as their continental championships and/or offer qualification for the Paris 2024 Olympic Games.

The programme includes several changes from previous European Games, with mountain running representing athletics following the "DNA" format at Minsk 2019 and the third tier of the European Team Championships at Baku 2015.

Aquatics competitions were absent from Minsk 2019 but return with artistic swimming on the suggested programme for 2023.

Boxing and sambo featured on the programme at both Baku 2015 and Minsk 2019, but are not included as proposed sports for Krakow-Małopolska 2023.

"The Polish Government sees the economic and social opportunities related to the organisation of the European Games 2023 in Kraków and Małopolska region," said Jacek Sasin, Poland's Deputy Prime Minister.

"As the plenipotentiary of the Polish Government for the organisation of European Games 2023, together with the Minister of Sport, I participated in a groundbreaking meeting with the EOC in Rome.

"I am pleased that we agreed jointly with all partners on the preliminary list of sports disciplines – this will allow specific investment plans to be made in the near future."

Representatives of the Polish federal, regional and municipal Governments were present, including Sasin, Mayor of Kraków Jacek Majchrowski and the Marshal of the Małopolska Region, Witold Kozłowski.

"It was a highly productive meeting and we were very happy to see such a strong commitment from the Polish delegation," said Nygaard.

"It was a great start, we have worked as a team and reached concrete results, setting a precise roadmap for the future.

"We look forward to continuing ahead in the same spirit."