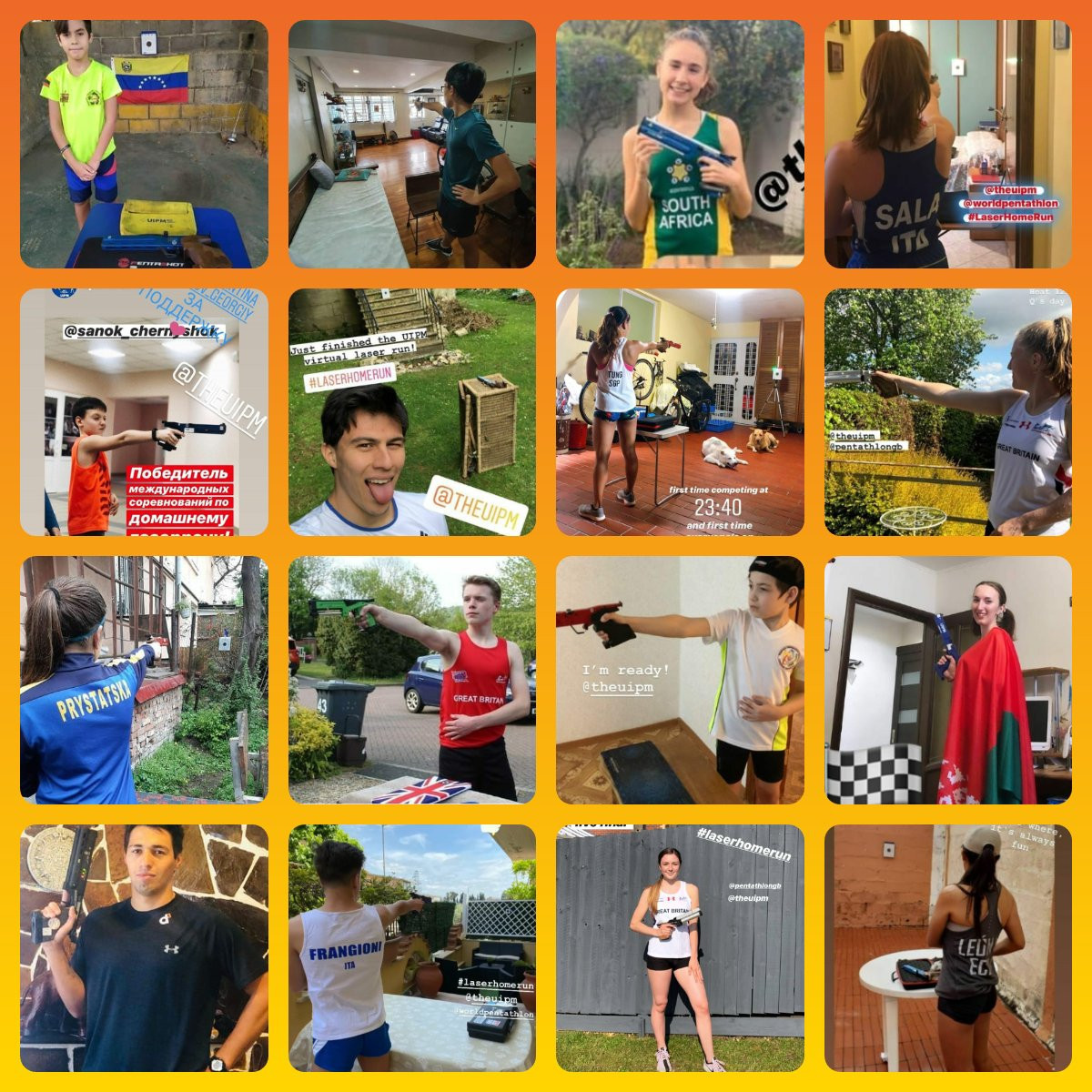 A total of 256 athletes from 33 countries took part in the event, entitled Laser All Stars, which saw competition take place across both genders in four different age categories - 40+, under-15, under-22 and under-40.

Pierre de Coubertin Pentathlon Day was launched by the UIPM in 2018 as a means of recognising the sport's heritage.

It is named after Pierre de Coubertin, founder of the International Olympic Committee and the modern Olympic Games.

The UIPM credit de Coubertin with conceiving modern pentathlon in its present form, despite pentathlon forming part of the ancient Olympic Games.

Athletes qualified for Laser All Stars by competing in a Laser Home Run event in May.

Following two days of preliminary competition, the semi-finals and final of Laser All Stars were held today.

In the women's 40+ category, Britain's Clair Carman was in first place, with two Egyptians completing the podium - Amal Farouk in second and Eman Mousa in third.

From coaches & support staff, to our head office & senior leadership team, we’re all proud to give our sport a #High5 today!@WorldPentathlon pic.twitter.com/8ZMI7mhMip

In the men's 40+ category, Egyptian Mosad Elshabasy was in first place, with Britain's Spencer Hassell in second and Sherif Said of Egypt in third.

The women's under-15 category was won by Britain's Zoe Spokes, with Egypt's Julia Micheal in second place and Maria Sol Naranjo of Ecuador in third place.

In the women's under-22 category Silvia Venturi of Mexico took victory, with Britain's Darcy Dryden in second and Princess Arbilon of the Philippines in third place.

The women's under-40 category was won by Salma Abdelmaksoud of Egypt, with Sofia Cabrera of Guatemala in second and Clementine Cooper of Britain in third.

There was another Egyptian win in the men's under-40 category, as Abdelrahman Mahmoud took victory, with Alexandre Dallenbach of Switzerland in second and Valentin Samsonov of Moldova in third.