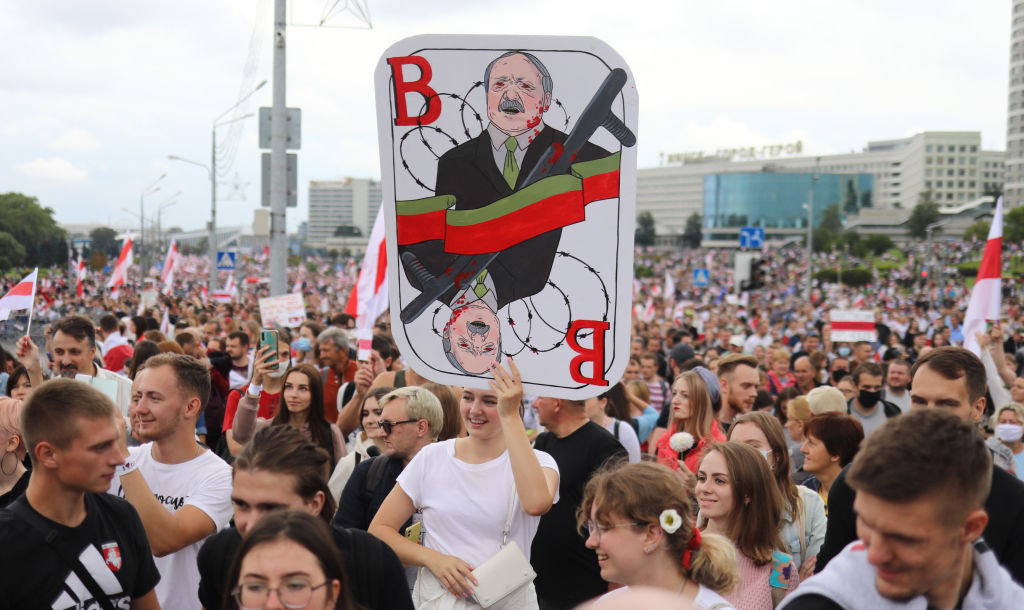 Latvia has formally called for the International Ice Hockey Federation (IIHF) to strip Belarus of its co-hosting rights for the 2021 Men's World Championship.

In a letter to the IIHF, the Latvian Government urged the governing body to replace Belarus amid growing political tension between the two countries.

Latvia warned it will "withdraw guarantees for organising the 2021 Ice Hockey World Championship" if the situation in Belarus does not change and the IIHF fails to take "appropriate decisions" in the letter, according to Russia's official state news agency TASS.

The country had previously threatened to pull out as co-hosts unless the IIHF allowed it to jointly stage the tournament with a nation other than Belarus.

The IIHF is set to discuss the situation at its next Council meeting on September 17.

TASS reported the worldwide body said it would include the topic on the agenda for the meeting next Thursday if it received an official letter from the Latvian Government.

Koziols told TASS he was hopeful the situation in Minsk – where protests against President Alexander Lukashenko have continued following his disputed re-election – would improve in the coming weeks and months.

"The tournament is primarily held for athletes, and if for some reason it does not take place there, emotions will be lost, the fans will be punished," he said.

"They have nothing to do with it, since they deserve the World Championship.

"Fans in both countries love and appreciate hockey, so why should they be punished?

"We very much hope that after some time the situation will calm down, there are still eight months ahead.

"I must admit that the situation there is not easy, demonstrations are continuing.

"I don't want to delve into who is right there.

"I tell everyone and I repeat that we want to hold the World Championship with our Belarusian colleagues."

Protests in Belarus have continued since the August 9 election, where Lukashenko, who has ruled the country since 1994, supposedly won with 80 per cent of the vote.

Both semi-finals and the medal matches are set to be held in Minsk.