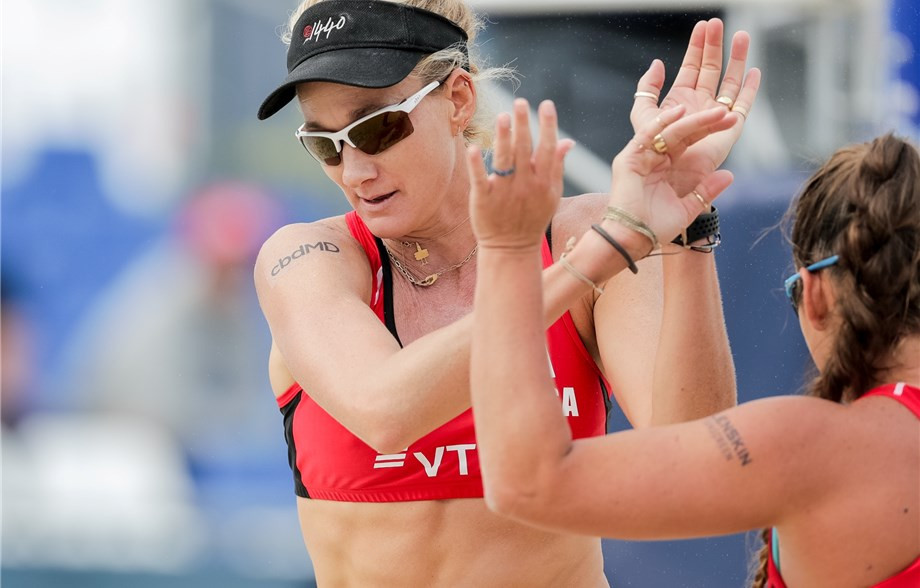 Three-time beach volleyball Olympic champion Kerri Walsh Jennings has apologised after boasting on social media about not wearing a mask when shopping.

One of the sport's greatest players in history, Walsh Jennings posted on Instagram showing herself not wearing a mask while shopping, and called the move "a little exercise in being brave".

The American lives in the country most affected by coronavirus.

Her stance on not wearing a face covering – which is mandatory in many nations in indoor public places such as supermarkets and cinemas – came after she read a post on social media which she said "woke me up".

Jennings said she wanted to stand up for her rights and freedoms without putting others in danger.

Health experts in the United States recommend that face coverings should be worn in public.

To date, there have been more than 6.46 million confirmed cases of COVID-19 in the US – two million more than the second and third most affected nations – India and Brazil.

The Centers for Disease Control and Prevention insist that face coverings are meant to protect other people in case that person is infected.

My goodness gracious. To those I’ve upset so deeply, I am sorry. To those who are open to hearing where I am coming from, I appreciate your openness and civility. To those in agreement, I appreciate you expressing your views. To those calling me dumb, selfish, privileged, bigoted, and racist and telling me that “you are better than this”, I fully acknowledge that addressing such an emotional, layered, nuanced and polarizing topic on social media was not the smartest thing .... pages and pages could be written about every side of everyone’s opinion, yet I went for it because I am alarmed for my country - I am heartbroken for my children - I am devastated for every small business owner who has gone under or who is barely hanging on - I have seen so much conflicting and erroneous data from the experts - and on and on and on - I have researched and I have spoken with experts .... This is why I spoke my point of view. At some point we should all stop and take inventory of everything that has been thrown our way over the past months and the reaction/ to these things. If it sits well or well enough with you, great. If not, great. We should all carry on RESPECTFULLY living our virtues, standing up for our beliefs and doing our best to do no harm in doing so. I was not looking to do anything but express my belief that FREEDOM IS RIGHT WORTH FIGHTING FOR, and amidst the chaos, divisiveness, fear and undeniable emotion of these times, I believe we have to stay mindful of the FACT that our freedoms have slowly been taken from us with our consent. I feel each of the words I mentioned above (fear/chaos/divisiveness) are being intentionally stoked and we are becoming a country that I do not recognize. The comment section of my last post is a reflection of where we are at and it is .... tragic. I’m not quite sure when we became a world where a differing opinion equates to evil and hatred, but here we are. I am not advocating for people to stop wearing masks. I wear a mask most often. I don’t believe in their efficacy unless it’s of a certain caliber, yet I wear them. I am advocating critical thinking and civility. I am advocating personal responsibility. Cont. below

White House Coronavirus Task Force coordinator Deborah Birx said: "We know now there's scientific evidence that masks both keep you from infecting others but may also partially protect you from getting infected."

It is believed that the incubation period of COVID-19 before symptoms show is around five days – meaning the virus can spread unknowingly between asymptomatic people.

Forty-two-year-old Jennings faced backlash for her comments including from nurses and healthcare workers.

"We put ourselves at risk daily to care for patients the least that everyone else can do is social distance and wear a mask in public," one comment said.

In response, Jennings said: "To those I've upset so deeply, I am sorry.

"To those who are open to hearing where I am coming from, I appreciate your openness and civility.

"To those in agreement, I appreciate you expressing your views.

"I fully acknowledge that addressing such an emotional, layered, nuanced and polarising topic on social media was not the smartest thing."

Jennings has also announced that she will be leaving her home in California, which has a statewide face mask mandate.

This came into effect on June 18.

Jennings is best known for winning three back-to-back Olympic titles at Athens 2004, Beijing 2008 and London 2012, before adding a bronze at Rio 2016.