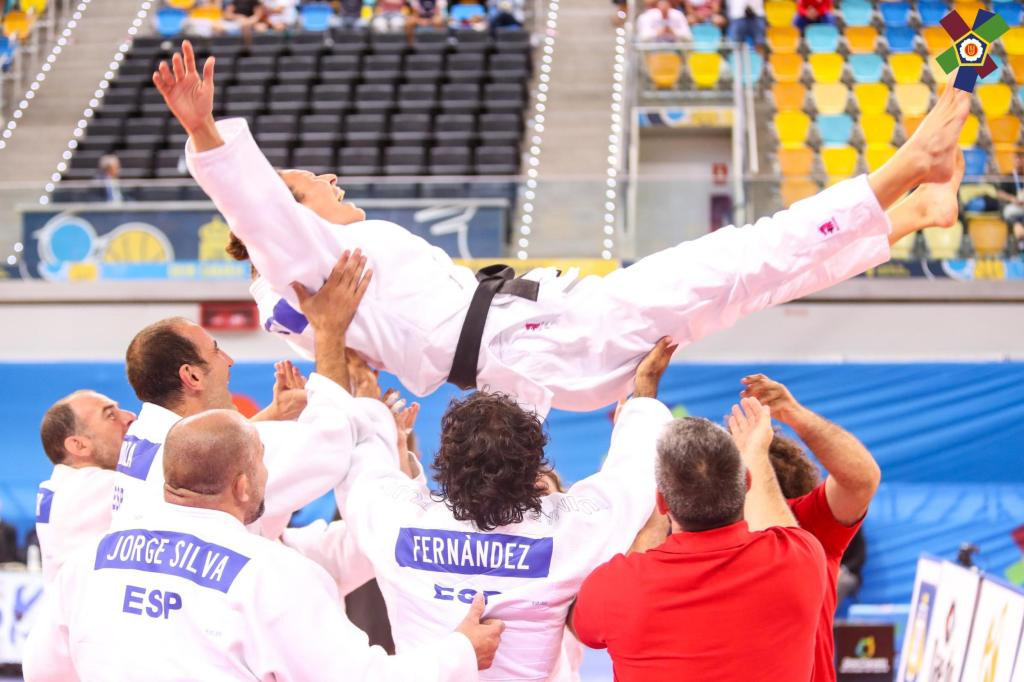 New dates have been announced for the Veteran European Judo Championships after the event in Athens was postponed due to the coronavirus pandemic.

After agreeing to roll over the 2020 edition to next year, Greek officials have now confirmed dates of between April 2 and 5.

The Greek capital was scheduled to play host between May 21 and 24 of this year.

"This is wonderful news for the veteran judo community, with plenty of preparation time given," a statement from the European Judo Union (EJU) said.

"Last year's Veteran European Championships in Las Palmas, Spain was a tremendous success with the numerous age and weight categories, as well as the exciting team event.

"Without a doubt, the veteran community will be looking forward to returning to the tatami and in such a beautiful location, it will be the perfect place to reconnect with the community."

Last month the International Judo Federation (IJF) confirmed that its elite World Judo Tour would resume in October with the Budapest Grand Slam.

Germany and Austria have already held a competition between the two countries, while Slovakia hosted an event involving six nations.

"It seems that there has been a domino effect of good news coming from National Federations as well as the EJU and IJF," the EJU added.

"Confirmation of the Veteran European Championships is the latest in line."