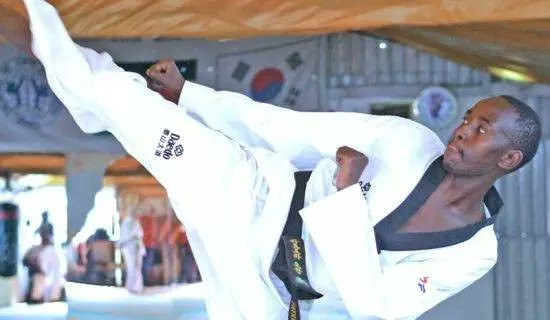 Kenyan taekwondo Olympian Dickson Wamwiri has died at the young age of 35, shortly after collapsing in his bathroom on Sunday morning (September 5).

Wamwiri, who represented his nation at 58 kilograms at the Beijing 2008 Olympics, passed away while being taken to Kenyatta National Hospital by neighbours after collapsing in his house in the Waithaka region of the capital, Nairobi.

Wamwiri leaves behind a legacy dripping in continental silverware, having won gold at the 2007 African Games in Algiers in Algeria.

He also won silver medals in Abuja in Nigeria in 2003 and Maputo in Mozambique in 2011.

Along with Mildred Alango, Wamwiri became the first taekwondo athlete from Kenya to compete at the Olympics.

Wesonga reported that Wamwiri had previously undergone surgery at some point due to his seizures, according to African publication, Nation.

"It seems the process failed to eradicate the problem and it's sad to have lost such a disciplined and dedicated person," said Wesonga.

He also added that the former athlete had become severely depressed due to losing his job at one of the leading petrol stations in Nairobi.

"Wamwiri never lost his bouts locally and that inspired many youngsters to take up the sport," he added.

In Beijing, Wamwiri lost his preliminary match to defending world and Olympic champion Chu Mu-yen of Chinese Taipei by a score of 7-0.