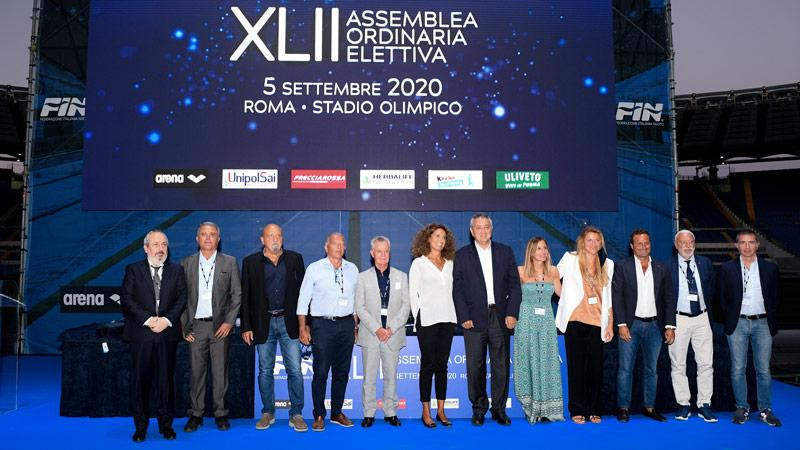 Paolo Barelli has been re-elected President of the Italian Swimming Federation (FIN) after standing unopposed at the organisation's ordinary elective assembly in Rome.

Barelli secured a sixth term at the helm of the FIN with 71.54 per cent of the vote.

The head of the European Swimming League (LEN) has held the position since 2000 and is set to continue as FIN President until 2024.

"We are going through a particular period which I would summarise in two ways," Barelli said during the assembly in the Italian capital.

"The pandemic and the reform of sport.

"This last theme has been swimming or flying around us for months and we don’t know where it will land or settle.

"We are in hot water, we often say it, we have more difficulty than other sports to support the activity.

"I invite you to this last reflection and I wish all of us that what we are about to face can truly be a four-year period capable of opening a new course.

"Four years of new results, not only competitive, but also and above all social."

Barelli, who represented Italy in swimming at two Olympic Games, has proven to be a controversial figure in the sport's corridors of power.

In 2017, he was beaten by longstanding incumbent Julio Maglione in the International Swimming Federation (FINA) Presidential election following a bitter campaign.

Barelli later lost two separate cases against FINA at the Court of Arbitration for Sport.

The 66-year-old was earlier this year accused of financial irregularities linked to his role as LEN President, which he has held for eight years.