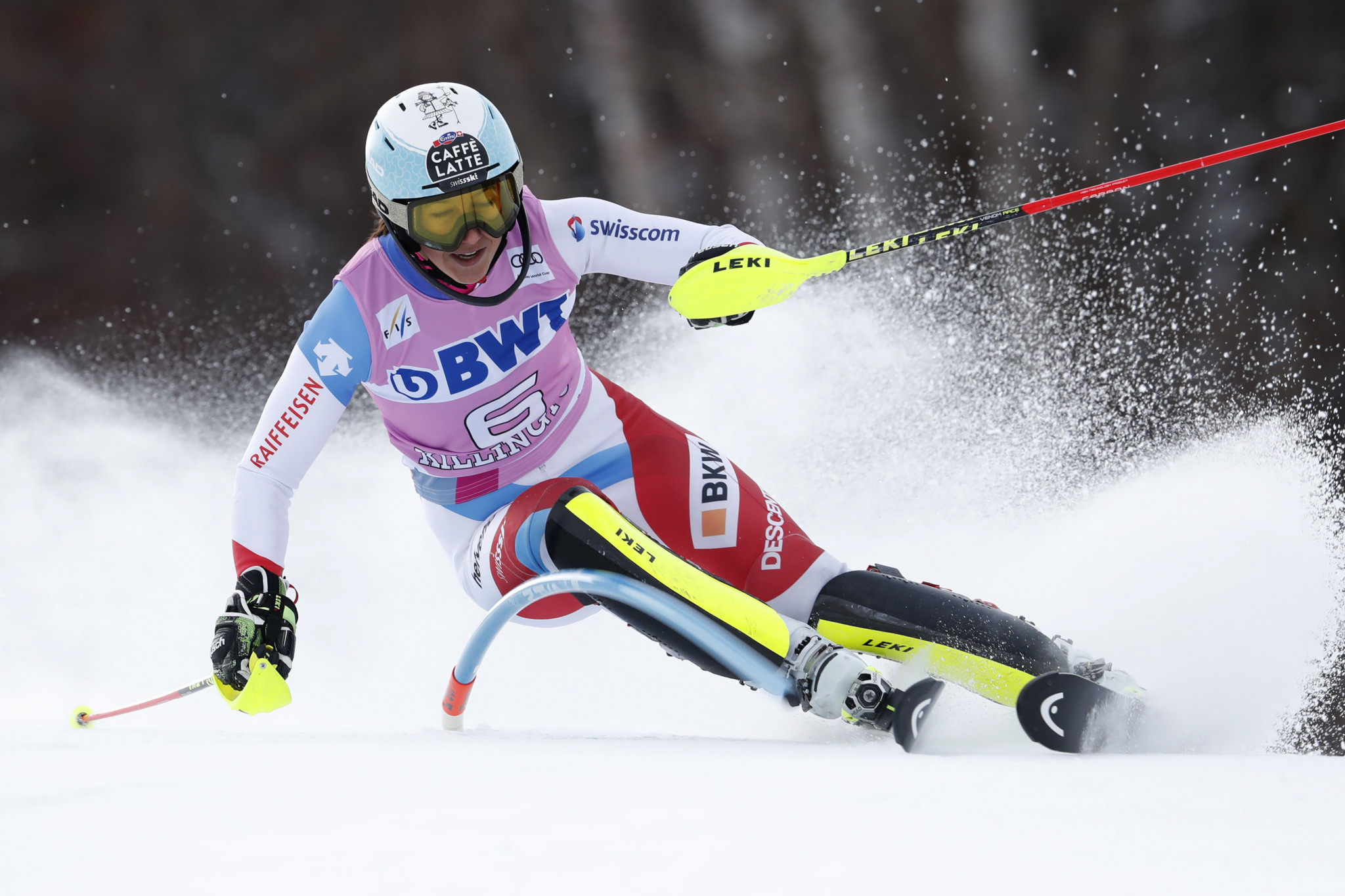 Three-time world champion Wendy Holdener is likely to miss the start of the International Ski Federation Alpine Ski World Cup after fracturing a leg in training.

The Swiss fell while training in Saas-Fee and suffered a non-displaced fracture of the right fibula.

Walter Frey, Swiss-Ski's head physician, said it was questionable whether Holdener would be recovered in time for the first FIS Alpine Ski World Cup race of the season in Sölden.

A women's giant slalom race is timetabled for October 17 at the Austrian resort.

Holdener is a two-time Alpine combined world champion, winning titles in the discipline in 2017 at Piz Nair in Switzerland and 2019 in Åre in Sweden.

She won an Olympic bronze medal in the combined contest at Pyeongchang 2018 and has twice topped the combined World Cup standings, at the end of the 2015-2016 and 2017-2018 seasons.

The Swiss quartet beat Austria in the final.

Holdener was also in the Swiss team when they won the team contest at the 2019 Alpine Ski World Championships, again beating Austria in the final.

She has made 38 World Cup podiums, winning three races.

Following Sölden, there is not another women's World Cup race scheduled until November 14.