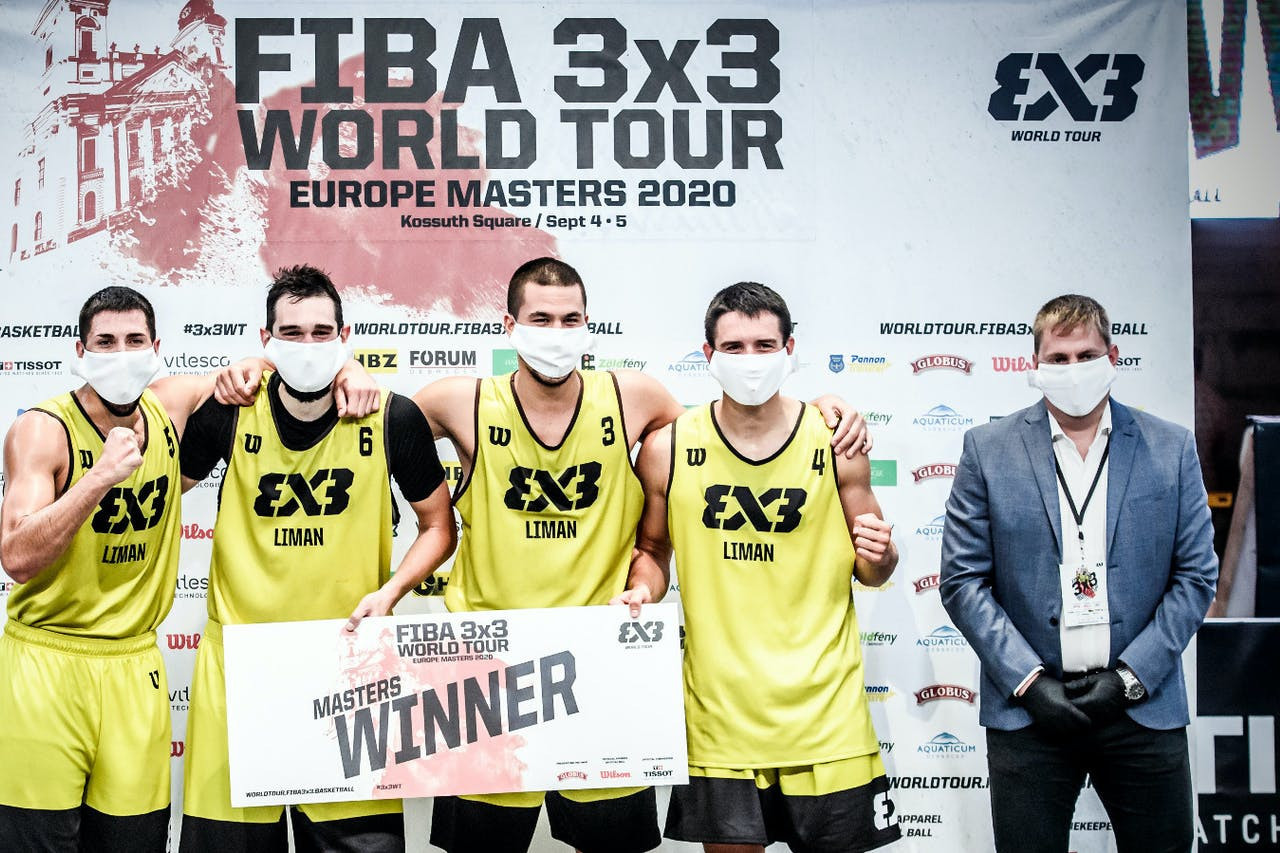 A 21-15 victory over Lithuania's Sakiai in the final gave Liman the club's second title in seven days.

After a big defeat to Swiss side Lausanne in the opening match, a win against Mongolia's Ulaanbaatar was enough to get the world's top-ranked team through to the quarter-finals - where they faced Latvia's Riga in their first knockout game.

Riga won the Hungary Masters, the previous tournament, but Liman were back at their best, winning the mouth-watering tie 21-15.

Meanwhile, Liman's compatriots Novi Sad found themselves in a fortunate position at the top of Pool B despite losing to Saudi Arabia's Jeddah.

All three teams in the group finished on the same record, but the Serbians had the best points differential.

With their win at the 3x3 World Tour Europe Masters, @Liman3x3 🇷🇸 take back the #1 spot in the #3x3WT standings⚡ pic.twitter.com/7nxHecLGM6

Novi Sad's shaky form continued in the quarter-finals and they lost out to the United States' NY Harlem, falling to a 21-20 defeat.

Sakiai had to come through a qualifier to even make it to the pool stage, but after wins against NY Harlem and Serbia's Zemun, they headed into the knockout rounds in form and defeated Jeddah 21-17 to make the semi-finals.

There they faced Lausanne, who they edged out 21-20.

Liman ended the run of NY Harlem in the semi-finals, winning 20-17, while Sakiai edged out Lausanne 21-20; denying fans a Pool A rematch.

Sakai were the second Lithuanian team in just over a week to make an underdog run to the final against Liman, after Utena achieved the same feat at the Debrecen Masters.

Sakiai too found it one step too many, losing to the favourites who now lead the FIBA 3x3 World Tour standings.