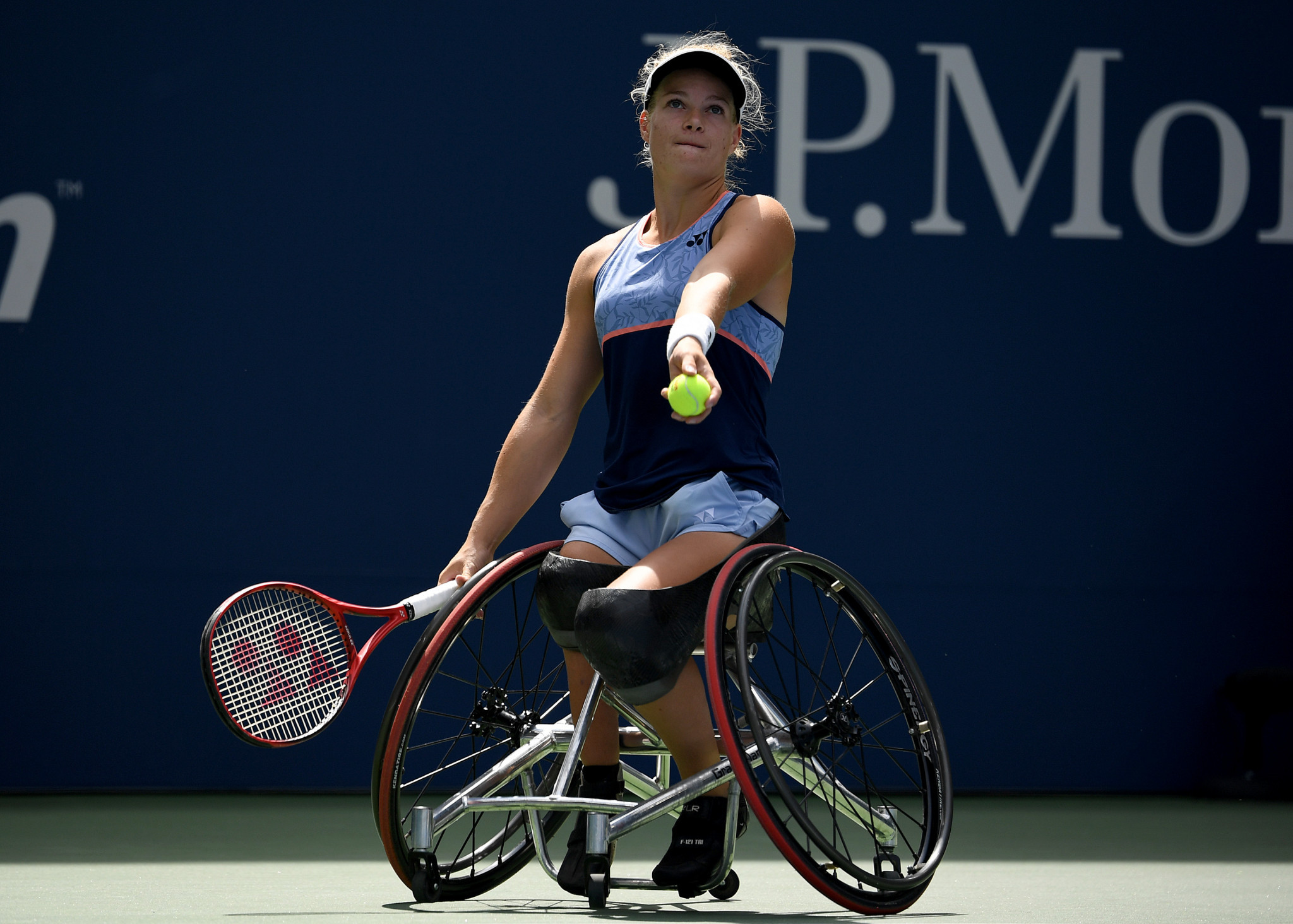 Since being crowned Wimbledon champion in 2017, De Groot has gone on become the dominant force in the women’s game, winning a further six Grand Slam singles titles in the past three years.

The 23-year-old has also won eight Grand Slam doubles crowns, including a calendar slam in 2019, and led The Netherlands to eight World Team Cup triumphs.

A Paralympic gold medal is one accolade missing from de Groot’s impressive résumé and the Dutch ace is determined to get her hands on two of them when she bids for glory in Tokyo next year.

"Tokyo is the goal and it has been for four years," de Groot said in comments reported by the International Tennis Federation's website.

"I’ve really been training hard every day to perform very well at those Paralympics, and I ultimately want to reach two gold medals.

"I don’t know if that’s possible, but I really want to perform well, and hopefully I can manage to win."

De Groot already has one Paralympic medal to her name, having clinched silver at Rio 2016 with Marjolein Buis, losing to Jiske Griffioen and Aniek van Koot in an all-Dutch women’s doubles final.

But it was her performance in the singles that still rankles with de Groot as she lost to Japan’s Yui Kamiji in the bronze-medal match.

"That medal has two sides," said de Groot about her Rio silver.

"On one side, I’m happy I got to play there.

"I was still very young and inexperienced, so I was just really happy to have that level already to win a silver medal at my first Paralympics.

"But on the other side I also really wanted a singles medal, and that was really tough to handle at first.

"I’m still sort of sad that I didn’t manage to win a medal in singles. But hopefully I’ll get another chance next year."

De Groot is expected to arrive at the Games in Tokyo as the favourite, but the world number one is used to having a target on her back.

"It’s a tag that comes with its own tariff," de Groot said.

"You’ll always have people asking you, ‘Are you going to win? The only thing that matters is gold, isn’t it?’

"There’s always going to be people that will talk to you that way, so you have to have your own separate mindset in which you’re just thinking about the right things - thinking about your game and how you’re going to play.

"When I wasn’t number one, there was always this player who was higher-ranked than I was, so I would think, 'I need to do this, this and this, I need to work on this, I can play a better match against that person.'

"But now it’s me on the top and the other players are chasing me.

"For the first few months, that was really difficult for me - different, mostly.

"I’ve got used to finding my own goals - it’s not so much an opponent now, but things in my own game that I want to improve.

"But yes, I needed a switch in mentality for that."

The Netherlands has been a wheelchair tennis powerhouse for decades, winning a competition-best 36 Paralympic medals since the sport made its full debut in 1992.

"Having that Dutch flag beside your name will always bring extra pressure, but at the same time I’m my own self, and I need to do my own thing," de Groot added.

"There have been a lot of successful Dutch ladies before me, but I want to be as successful as I can be.

"I see myself a little bit different than in the past."

De Groot is the top seed for this month's US Open women's singles competition.