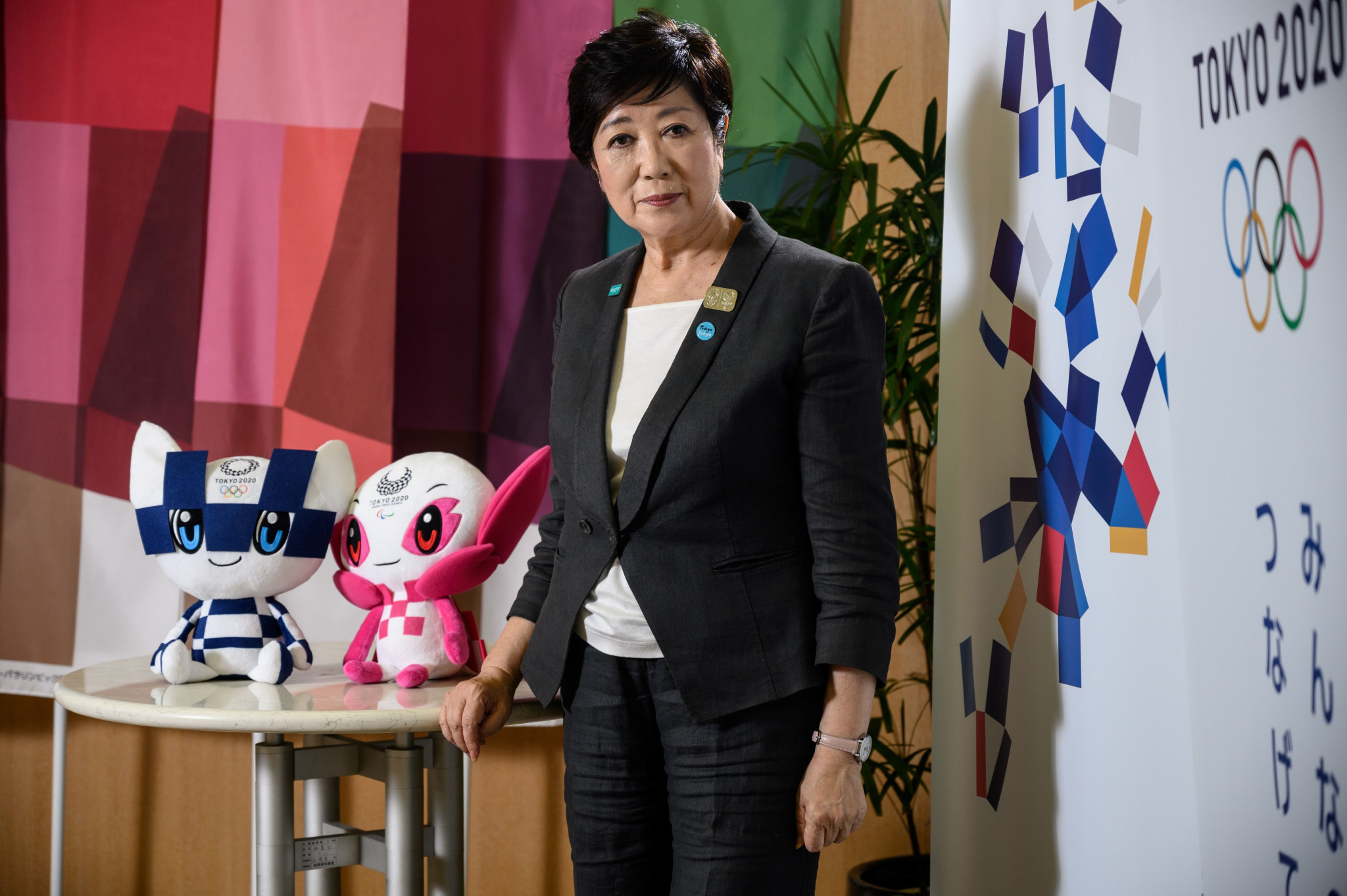 Tokyo Governor Yuriko Koike promised a Paralympic Games "brimming with hope" as the countdown for the event reached the one-year-to-go mark.

It is still uncertain whether the Games will take place next year, given the global health crisis, but Koike claimed the competition could be a "symbol of humankind."

"The Para-athletes, who have overcome a range of difficulties, are truly looking forward to demonstrating the incredible skills they acquired through extensive training for the Games," she said.

"The people of the world are also waiting to witness the Paralympic Games.

"In order to respond to everyone’s hopes, we will first devote all of our efforts to winning the fight against an invisible enemy - the novel coronavirus.

"We will work closely with all parties concerned and advance preparations to hold a successful Games brimming with hope, which will serve as a symbol of humankind bonding even more strongly as the world came together as one to overcome this difficult situation."

Posters of each Paralympic sport drawn by popular manga artists will also be displayed at the Tokyo Metropolitan Government No. 1 Building.

The International Paralympic Committee (IPC) celebrated the occasion by launching #WaitForTheGreats, a campaign that will run until September 6 and include a range of engaging content.

A television advert featuring American Paralympic 100 metre champion David Brown and his guide Jerome Avery has been released as part of the campaign.

Other #WaitForTheGreats activities are set to include a 24-hour Instagram Live relay, Twitter polls to determine the greatest Paralympic moment, and a musical performance to bring the campaign to a close next month.

The launch of #WaitForTheGreats has been complemented by the release of Rising Phoenix, the Netflix movie about the Paralympic Movement.

In one year, we will be celebrating greatness at the #Tokyo2020 Paralympic Games. #WaitForTheGreats

Coronavirus countermeasures are viewed as key to the Games taking place next year following their postponement.

"I am convinced that one year from today, the performances of Para-athletes from around the globe will have special value as a symbol of solidarity, and a demonstration of human strength and the power to persevere," Mori said.

"Furthermore, we have made steady progress in ensuring that Games venues will be accessible to all.

"I believe that as numerous athletes, spectators, and officials experience such an environment firsthand it will serve as an important step forward in building an inclusive society.

"We will continue to work closely with the national government, the Tokyo Metropolitan Government and other related organisations in all aspects of preparations, including COVID-19 countermeasures, as we work to deliver a safe and secure Games."

Paralympics Australia is among the National Paralympic Committees to be preparing for Tokyo 2020, with the organisation currently formulating contingencies for multiple scenarios to ensure the safety and success of competitors and staff at the Games.

"A problem shared is a problem halved," she said.

"There’s no competitive advantage to be gained by not sharing information with other countries around how we’re going to approach the Games within the COVID-19 environment.

"We all realise we have to think outside the box.

"Everything we’re doing is focused around giving our athletes the best possible performance environment and ensuring their health and safety is well looked after."