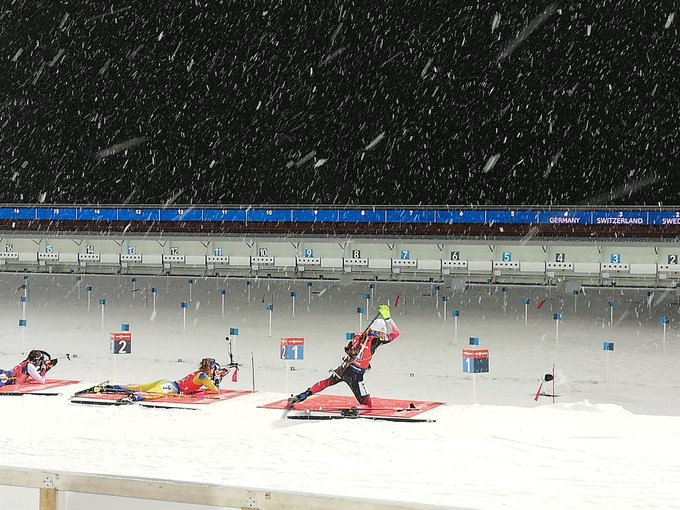 Three biathletes from Russia have chosen to switch their allegiance to Romania after becoming citizens of the country.

Anastasia Tolmacheva, Anatoly Oskin and Elena Chirkova have all been cleared to compete for their new nation, according to the Romanian Biathlon Federation and as reported by Russian state news agency TASS.

"Oskin, Tolmacheva and Chirkova received all the necessary documents to compete for the Romanian national team, including the citizenship of the country," said the Federation.

Chirkova is perhaps the best known of the trio at 25-years-old, having won two bronze medals at the 2019 Winter Universiade in Krasnoyarsk in Russia.

Tolmacheva, who is 24, is a two-time bronze medallist from the 2017 Russian Biathlon Championship while Oskin, who is 31, participated at the 2013 Summer World Championship.

The athletes did not require permission from the Russian Biathlon Union (RBU) to change nationality, as they did not recently compete for the country in events sanctioned by the International Biathlon Union (IBU).

The Romanian Biathlon Federation said that the transfer of the athletes was completed by Vladimir Drachev – who was then the President of RBU – before he was replaced in July by Viktor Maygurov.

Romania only had two biathletes who managed to score points in the IBU World Cup last season.

Coronel Puchianu came 80th overall and Gheorghe Buta was 86th, both in the men's competition.

Athletes have been known to switch from Russia to other countries as a result of the country's doping history, and amid fears they may not be able to compete under their country's flag.

The RBU currently has suspended status within the IBU, while the World Anti-Doping Agency has handed Russia a four-year ban from the Olympics and World Championships due to the manipulation of Moscow Laboratory data.

This decision is currently being appealed at the Court of Arbitration for Sport.