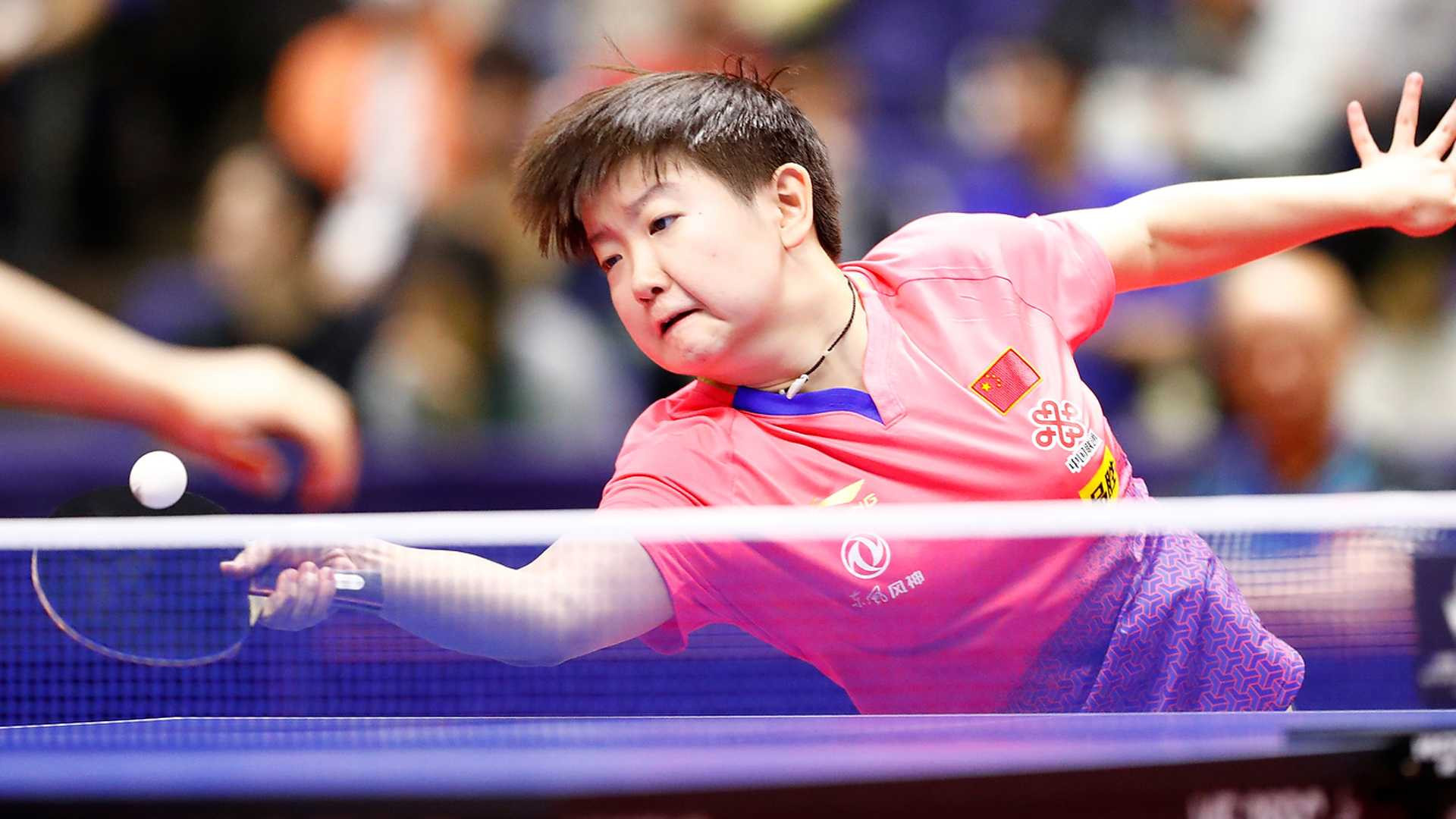 The men's and women's team champions at the Tokyo 2020 Preparation for China Table Tennis Olympic Simulation Games have been decided, after competition ended in Lingshui City in Hainan Province.

In the women's team event the trio of Chen Meng, Wang Manyu and Sun Yingsha ended the competition victorious.

Standing in their way were opponents Gu Yuting, Chen Xingtong and Sun Mingyang who could not stop some of the biggest names in Chinese table tennis.

Chen and Wang, who have five world titles between them, started in the doubles against Gu and Chen, and despite a very convincing start from the underdogs, the favourites hit six points unanswered to win the first game 11-9.

Sun Yingsha, a world doubles champion, came off the back of winning the singles title but had an early scare in her match against Sun Mingyang after she lost the first game.

Wang was next in singles action against Chen Xingtong and proved how dominant the team were again with a 11-7, 11-5, 11-9 victory, taking advantage of an inconsistent opponent.

The men's event ended the competition with the team of Ma Long, Xu Xin and Fan Zhendong winning all three of their matches to defeat the team of Wang Chuqin, Liang Jingkun and Lin Gaoyuan for gold.

The men's national team coach Qin Zhijian stated before the finals that the second team comprised of two left-handed players and one right-handed player – simulating the playing style of the Japanese team.

Triple Olympic gold medallist Ma and fellow Olympic champion Xu continued their partnership in a match against Liang and Wang and proved their experience in a clear victory, 11-7, 11-5, 11-9.

Four-time world champion and current world number one Fan faced Lin in the first of two men's singles matches, but would drop the first game 11-8.

Ma and Wang met again in the final, but in singles.