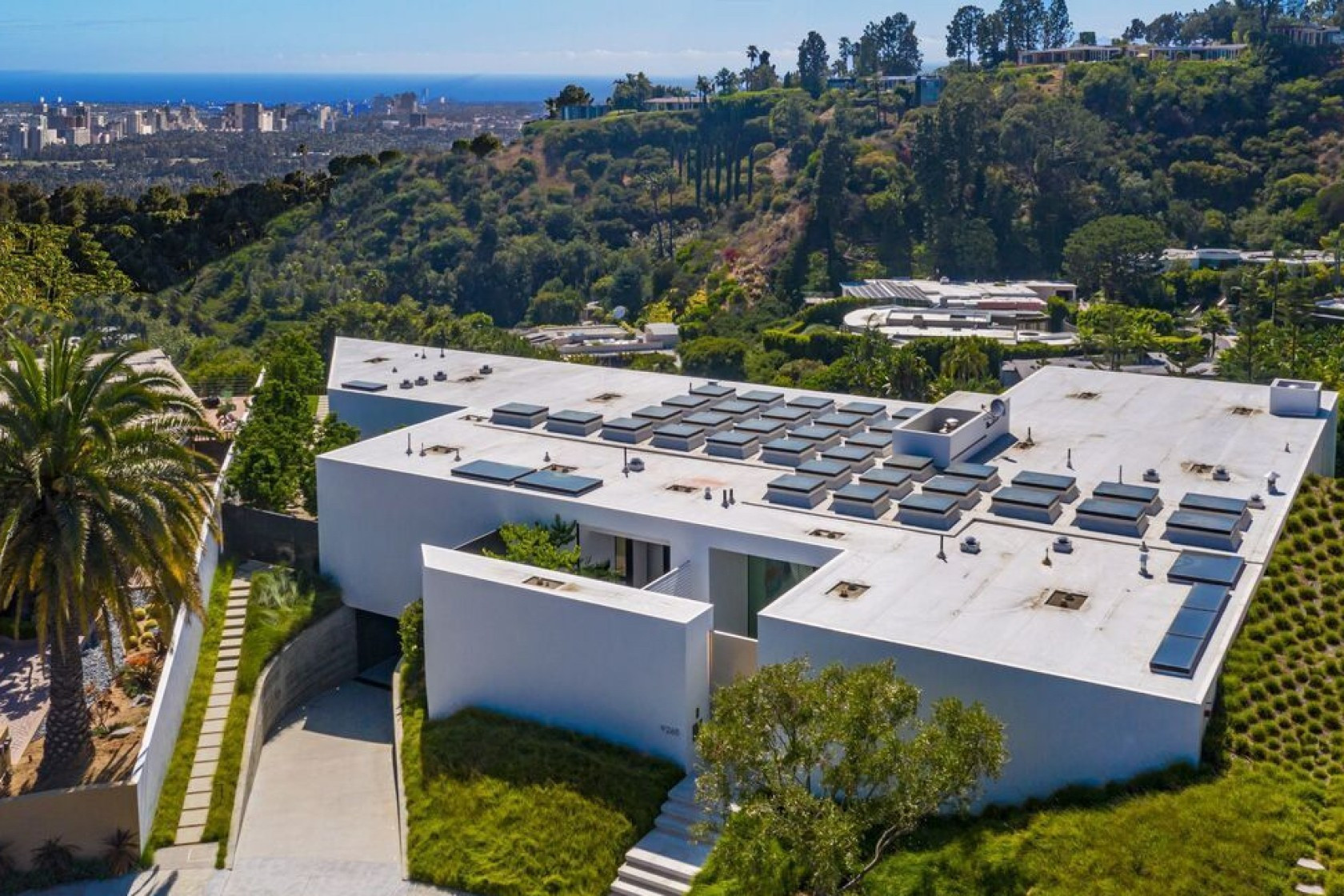 Los Angeles 2028 President Casey Wasserman has paid $23.6 million (£18 million/€20 million) for a new home in the American city, it has been reported.

The futuristic home has five bedrooms and seven bathrooms and is located in the Hollywood Hills' Bird Streets area, where neighbours are set to include actors Leonardo DiCaprio, Tobey Maguire, Jodie Foster and Keanu Reeves.

Wasserman's new home has been designed by XTEN Architecture and was completed this year.

It spans 12,000 square feet on a half-acre hillside, the Los Angeles Times reported.

A courtyard entry with floating steps sits at the front of the property and, outside, there is a patio with a swimming pool and spa with views down to the Pacific Ocean.

There is an open-concept kitchen, a movie theatre, a gym and a lounge with a wet bar.

The property also has an eight-car garage.

Wasserman is the founder of the Wasserman Media Group, a sports marketing and talent management company based in Los Angeles.

The grandson of legendary Hollywood agent Lew Wasserman, he was appointed the head of Los Angeles' bid for the 2024 Olympic and Paralympic Games in 2015 following the withdrawal of Boston as the American candidate.

Following a deal with the International Olympic Committee, Los Angeles was awarded the 2028 Olympics in 2017 with Paris taking the 2024 Games.

Wasserman was appointed President of the Organising Commitee.