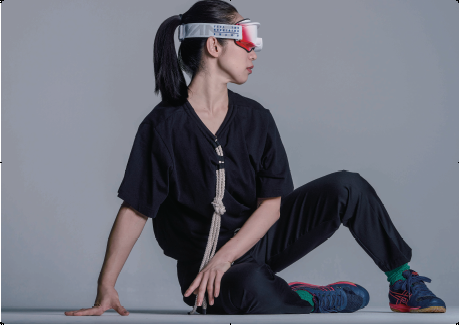 The Tokyo Metropolitan Government has begun celebrations marking one year to go until the Paralympic Games.

The Tokyo Metropolitan Government has started the one-year-to-go countdown today by publishing video messages from 10 home Para-athletes on its website.

All 10 have been provisionally selected for Tokyo 2020, and include Para-archer Aiko Okazaki and goalball player Kyoji Miyagashi.

Six buildings in Tokyo are set to be lit up in the Paralympic colours of red, blue and green to support athletes preparing for the Games.

There will also be a period where the buildings are lit up in blue to pay tribute to medical workers fighting against the pandemic.

Posters of each Paralympic sport drawn by popular manga artists will also be displayed at the Tokyo Metropolitan Government No. 1 Building from Monday, as well as shared online.

In addition, photographs of Para-athletes will be made available.

Finally, Para-athletes are due to share their own experiences of when they were happy to have been shown consideration by the people around them.

This aims to tie in with the Tokyo Metropolitan Government's goal of fostering a society where people help one another, and everyone can enjoy the Games without discomfort, regardless of whether they have any impairment or not.

The stories will be available on Twitter from Monday.

Paralympics New Zealand (PNZ) is among the organisations to be celebrating the one-year countdown from today, with Para-athletes encouraged to tell the story of their top supporter across their social media channels.

Non-athletes have been asked to explain why they love Para-sport.

PNZ has also launched its first-ever supporters club for the New Zealand Paralympic Team and called on the public to sign up.

As part of the Kiwi Crew, members will receive exclusive content and offers.