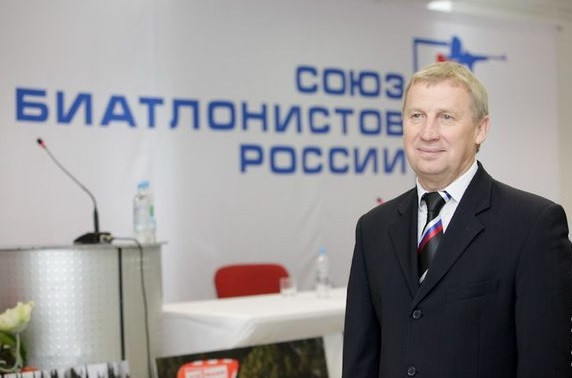 Valery Polkhovsky has moved a step closer to becoming head coach of the Russian biathlon team after the expert council of the Russian Sports Ministry recommended he be appointed to the role.

Polkhovsky had been recommended for the role by the Russian Biathlon Union (RBU) Board following the election of Viktor Maigurov as President in July.

His candidacy was then put to the Russian Sports Ministry, which has the final say on the RBU's coaching appointments.

Polkhovsky had previously been recommended for the post by the majority of the RBU Board in April, but his appointment was blocked by former President Vladimir Drachev.

Drachev's vetoing of coaching appointments was among the reasons why he had faced calls to resign.

He stepped down before the RBU Presidential election, clearing the way for three-time Olympic champion Maigurov to assume the position.

Polkhovsky, a vice-president of the RBU, served as head coach of the Russian women's team from 2001 to 2007.

He later claimed he would file a defamation lawsuit against four-time Olympic champion Alexander Tikhonov after he was overlooked for the role of women's head coach in 2018.

Polkhovsky, a former head coach of the Kazakhstan team who led the Russian squad in the 2011 to 2012 campaign, had claimed Tikhonov damaged his reputation by mentioning his alleged involvement in the doping scandal in Russian biathlon 10 years ago to the Board.

"I have quite a lot of experience in biathlon, I have been accepted and fired from the national team many times," he told TASS in July.

"The new head of the RBU together with the Board will make certain decisions, then we will discuss the proposed programme."