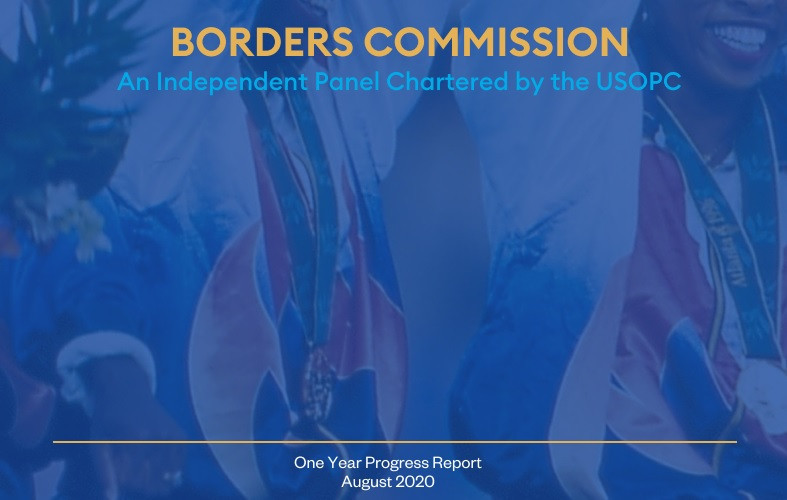 An independent panel which recommended widespread changes at the United States Olympic and Paralympic Committee (USOPC) has praised the organisation's reform progress in its one-year report.

The Borders Commission, established in the wake of a series of sexual abuse scandals in US sport, said the USOPC was well on its way to implementing 34 of the recommendations it made in a damning report last July.

The USOPC is at least partially on track to deliver the other five according to the Commission, chaired by former Women's National Basketball Association commissioner Lisa Borders.

Overhauling the structure of the Board to increase athlete representation and changing the general culture of the organisation were among the recommendations made by the Commission.

Last year's report was largely a roadmap for the under-fire USOPC to ensure athletes are the top priority after the Commission outlined what it described as a "money for medals" philosophy.

The USOPC has since changed its bylaws to allow direct election of athletes and for them to hold 33 per cent of the seats on the Board of Directors, while it has also appointed its first chief ethics and compliance officer, former assistant US attorney Holly Shick.

The panel, which acknowledged the impact of the coronavirus pandemic on the USOPC and its operations, said the one-year progress report was "impactful and inspiring".

"The work must continue on every level to fully affect the structural, operational and cultural change which is envisioned," the 10-member Commission wrote in its executive summary.

"That said, we are heartened to witness the fruit of everyone's labour, coming to life as protection of, service to and advancement of athletes.

"In short, we commend the work to date.

"Additionally, it encourages the USOPC – like our athletes – to persevere not only until this finish line is crossed but also to continue the journey of constant and consistent improvement."

The Larry Nassar scandal triggered a host of independent reviews of the USOPC, including the one carried out by the Borders Commission.

The US Senate also recently passed a bill aimed at Congressional oversight of the US Olympic and Paralympic Movements.

"We have taken significant steps, and are committed to continuing this important work with help from the Commission, and many others who have offered valuable insights and expertise, to ensure our community reflects the excellence of the athletes we serve," said USOPC chief executive Sarah Hirshland.

The full one-year progress report can be read here.