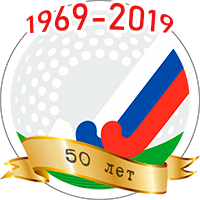 The Russian Sports Ministry has suspended the accreditation of the country's embattled hockey federation, which is embroiled in crisis after President Nikolai Aleksandrov was charged with embezzlement.

The Russian Field Hockey Federation (FHTR) confirmed its accreditation had been suspended and the Baseball Federation of Russia would oversee the "rights and duties" of the troubled body for a period of up to six months.

Several regional bodies have written letters to the Sports Ministry objecting to the move.

The exact reason for the decision from the Sports Ministry has not been revealed, but it is thought to be connected to the scandal involving Aleksandrov, who remains FHTR President despite the criminal charges against him.

Aleksandrov was arrested last December on suspicion of committing economic crimes during his time as chief executive of Russian construction company Mosmetrostroy.

He was released under house arrest the following month before being detained on separate charges in April.

Aleksandrov was then placed under house arrest for a second time in May.

He is accused of concluding a fictitious contract and embezzling the funds from Mosmetrostroy.

The FHTR held an election in February following the criminal charges against Aleksandrov, where Andrei Kananin, an assistant to State Duma deputy Mikhail Buger, was voted in as President.

But the Russian Olympic Committee said the election was invalid and Aleksandrov remained the legitimate President.

insidethegames has contacted the International Hockey Federation for comment.

TOP STORY: Coleman still out of next Olympics as doping ban cut to 18 months