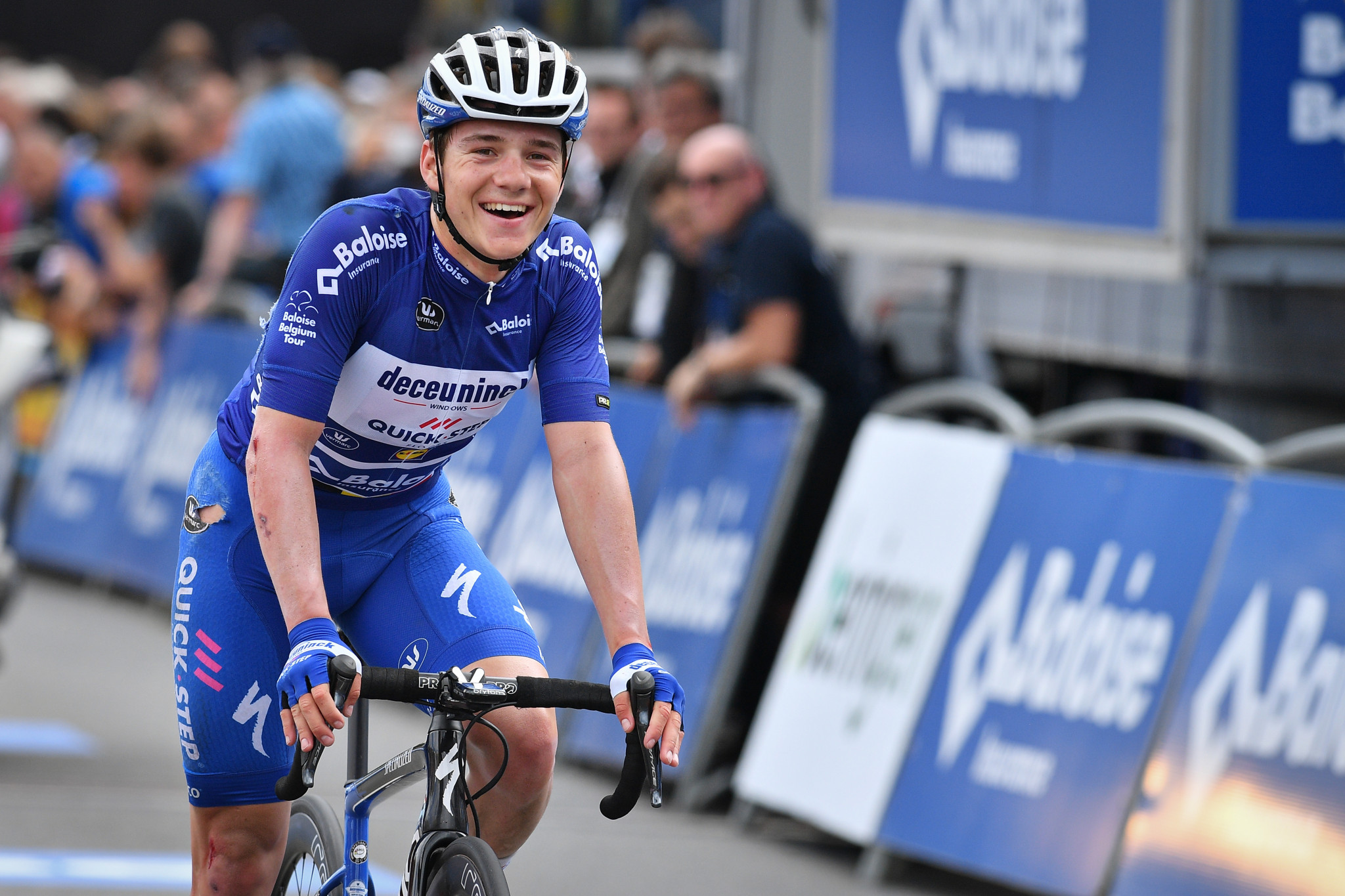 Evenepoel crashed into a low bridge wall while descending off the Colma di Sormano, the highest climb of the race.

The 23-year-old Belgian had been part of the leading group when he veered off to the right, clipping his bike into the edge of a bridge and tumbling over his handlebars into a ravine.

Lefevere confirmed Evenepoel had suffered a fractured pelvis and perforated lung, ruling him out of the rest of the UCI World Tour season.

Despite this, Lefevere revealed he was just grateful Evenepoel was alive.

"What happens to his season," he said, as reported by Cycling News.

"He will have to watch a lot of television this season.

Organisers of the Il Lombardia were criticised for its safety following Evenepoel's crash, with a car also colliding with Max Schachmann of Germany in the latter stages of the race.

Last week, Evenepoel's Dutch teammate Fabio Jakobsen ended up in a coma after being squeezed in a barrier in a bunch sprint at the Tour de Pologne, which saw him hurtle through the air.

Following such crashes, Lefevere questioned why dangerous stretches of courses were still being used.

"A little further and things could have gone even more wrong," Lefevere said.

"I have repeatedly told the UCI that this kind of descent is not possible, but nothing changes.

"I don't even want to talk about it anymore.

"Crudely said, we could have had two deaths in a week with Fabio Jakobsen and Remco.

"You can think that racing and winning is important.

"But when you see your riders flying into a barrier or a ravine, you don't think about that anymore.

"Then it's pure nonsense."

Evenepoel is considered to be a great talent in the cycling world, and boasted an impressive unbeaten streak up until his crash.

He had triumphed at the Tour de Pologne just last week.