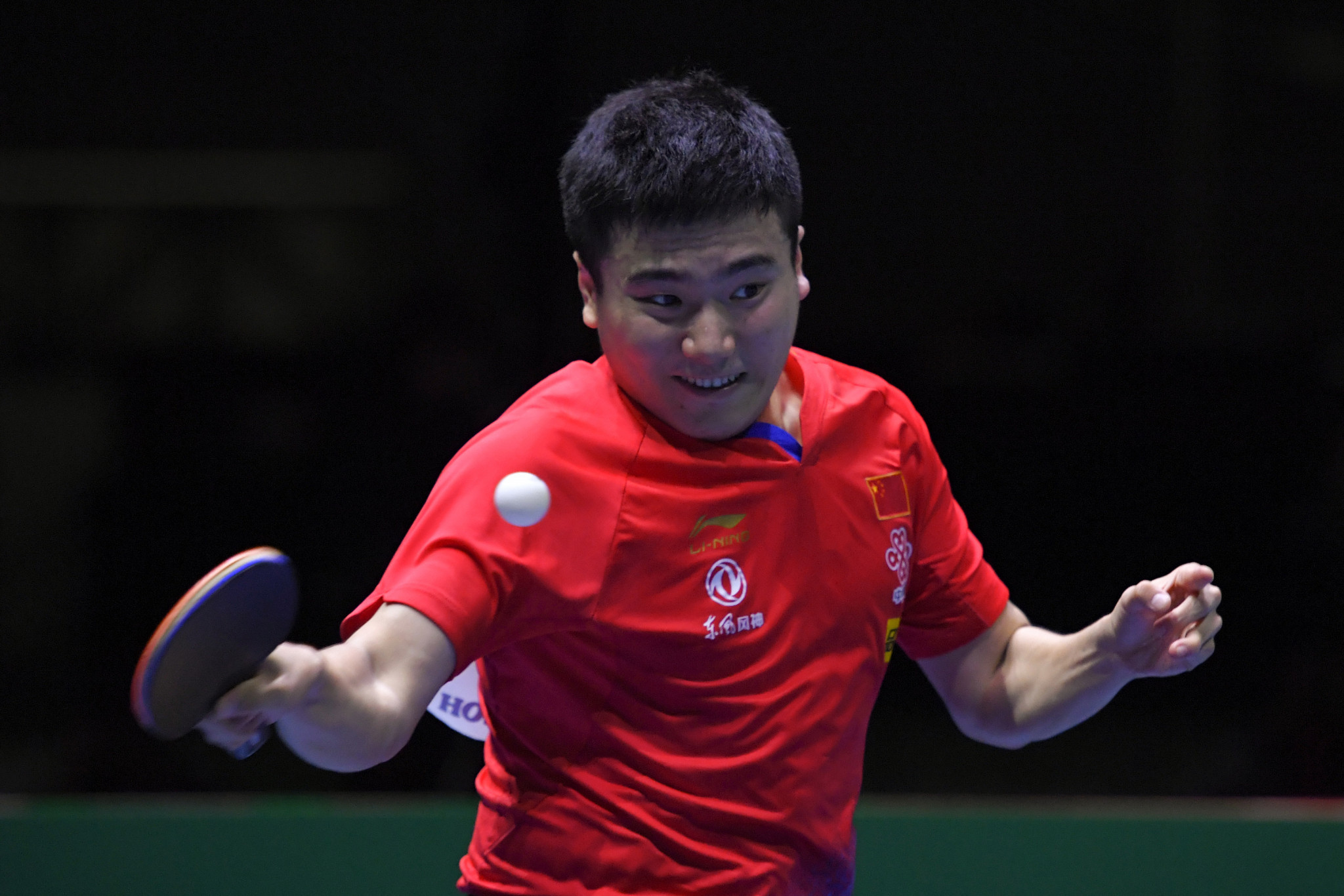 Wang Chuqin had the upper hand in the first set, but was unable to reply in three consecutive sets - making every set from then a must-win.

He brought the score back to 3-2 after a convincing 11-7 fifth set, but lost out in a second tiebreaker set in the sixth, giving Liang the win.

World number one Fan Zhendong was third on the podium after Xu Chenhao withdrew from their final tie due to injury.

After a hard-fought third set win, Sun was eventually turned over in set four, which Wang won 11-6.

Wang later brought the score level with a nail-biting 15-13 tiebreaker set, but the final set was relatively straightforward - with Sun winning by five points to seal the title.

"Both of us played at our best level, we are very familiar with each other.

"I felt that the game would definitely be very tough, prepared for the difficulties well; whether you in the lead or fall behind, you will go all out to fight for each point."

The Chinese Table Tennis Association decided to host the event in the absence of international table tennis competitions and the postponement of the Tokyo 2020 Olympics due to the COVID-19 pandemic.