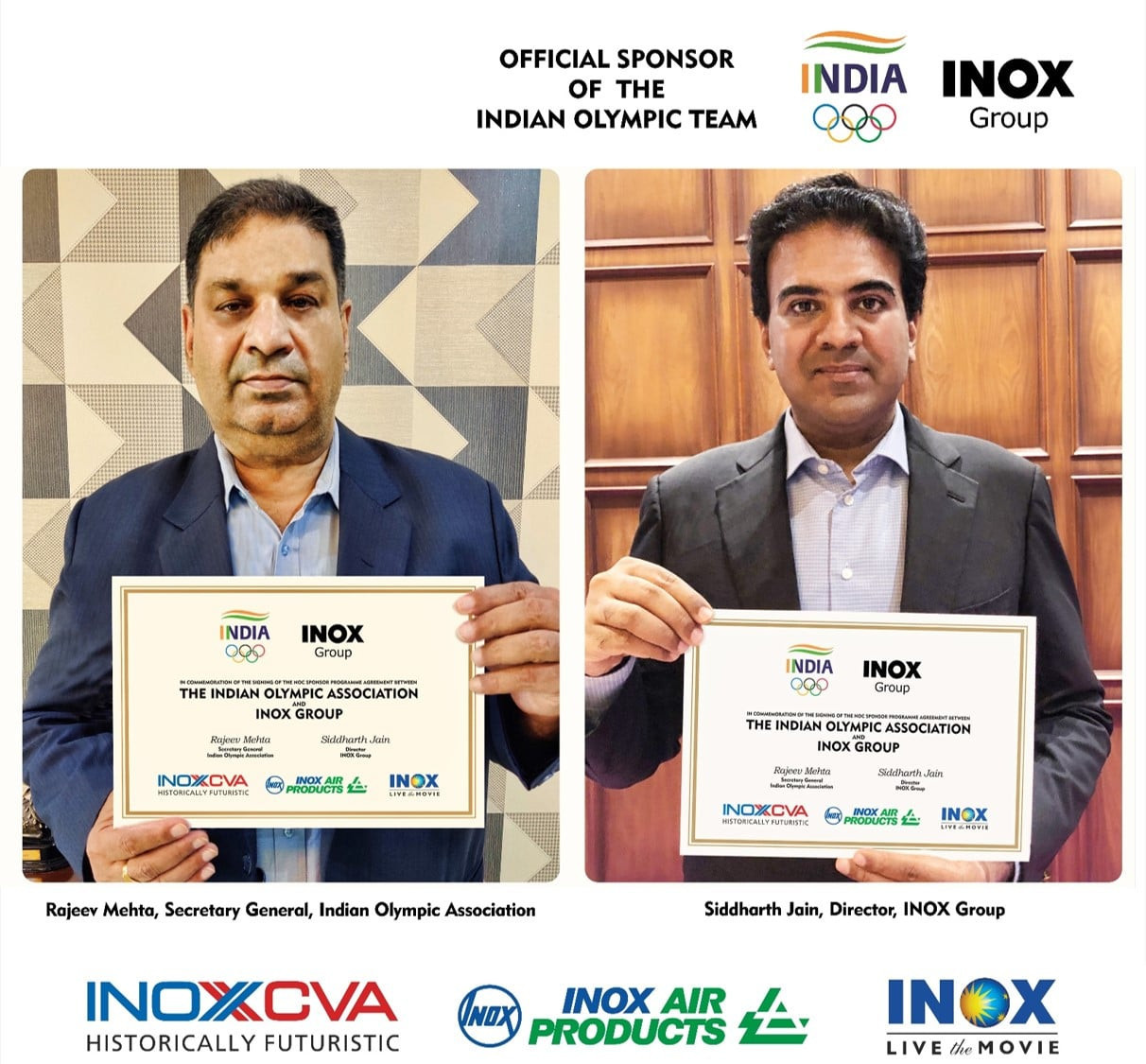 The Indian Olympic Association (IOA) has agreed a deal with energy and entertainment company INOX Group to sponsor the country's team for the Tokyo 2020 Olympics.

IOA secretary general Rajeev Mehta and INOX Group director Siddharth Jain announced the agreement yesterday, with the company supporting the team as it prepares for the Games which are scheduled to be held from July 23 to August 8 in 2021 due to the COVID-19 pandemic.

INOX will support the team's promotions through its entertainment company - INOX Leisure Limited - which owns several cinema complexes in India, according to the Press Trust of India.

"We are honoured and privileged to be able to support India's Olympic dream through this prestigious association with the Indian Olympic Association.

"We look forward to the Indian contingent scaling new heights in the next Olympics."

INOX Group has previously supported sporting events in the country in fields such as football, table tennis, badminton, athletics, cricket and basketball.

"We are happy to announce this partnership with INOX Group which will be beneficial for all our athletes and the organisation," Mehta said.

"I would like to thank INOX Group and Mr Jain for showing their support for Team India, even under the current circumstances."

At the Rio 2016 Olympics, India won one silver and one bronze medal.

The country's last gold medal came at Beijing 2008 thanks to Abhinav Bindra in the men's 10-metre air rifle.