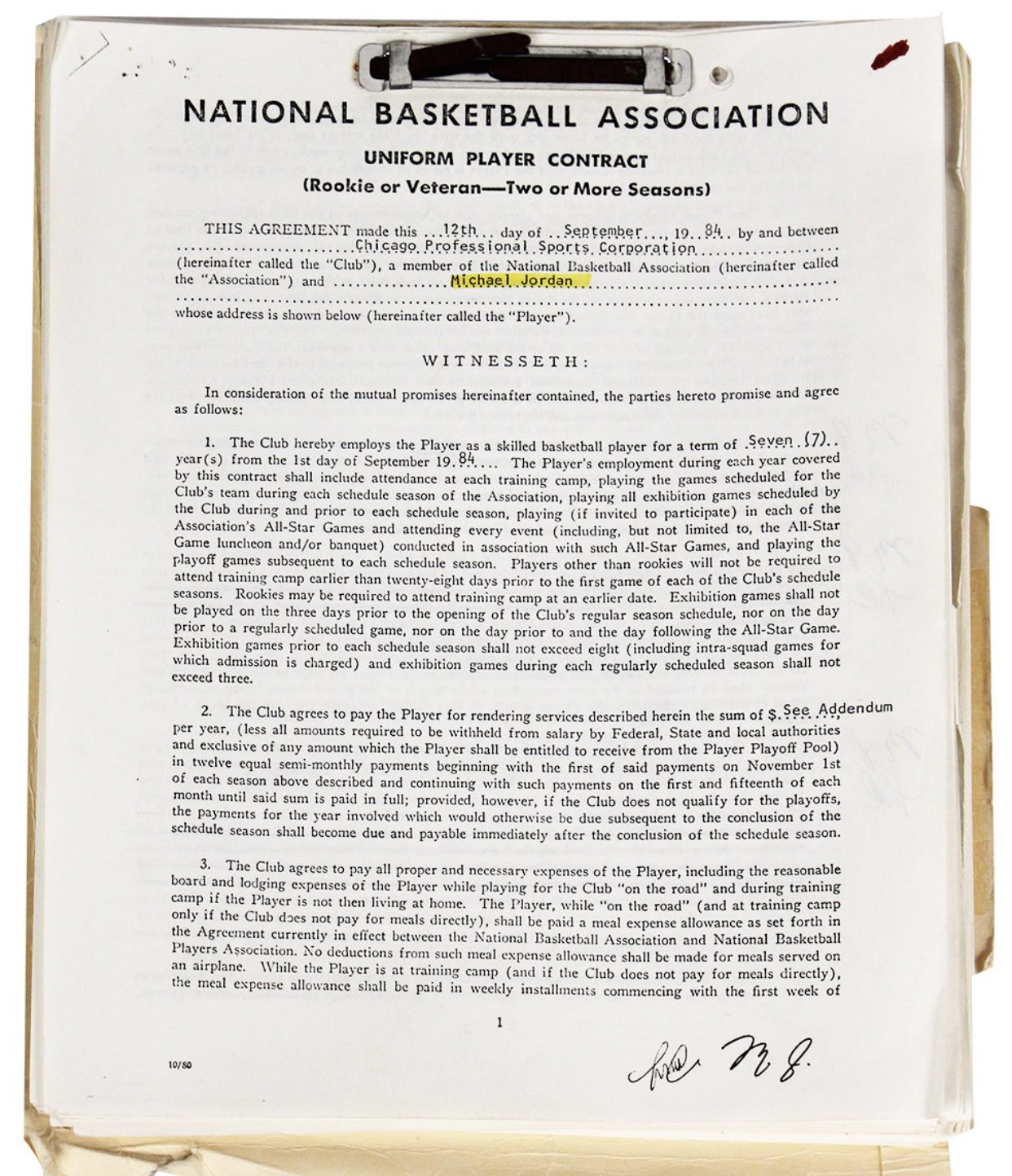 But it was the price a collector paid for the photocopy of the Jordan contract that attracted most attention as it was not even the original document.

It illustrates the demand for Jordan memorabilia following the release of The Last Dance, the portrait of Jordan and the Chicago Bulls from the 1997-1998 season that was recently broadcast on Netflix.

The uniform National Basketball Association (NBA) player contract dates to September 12, 1984 with a total of 24 points, including one which states that Jordan will be playing with the Bulls for a total of seven years.

His annual salary was not explicitly stated and was instead referred to in an addendum.

Someone paid $57,068 for a COPY of Michael Jordan’s first contract with the Bulls at @gottahaverock auction. Contract had no live ink. Was a photocopy. This market is nuts. pic.twitter.com/90vYV96j2L

"This never-before-seen contract with incredible information about his salary, bonuses and information nobody has ever seen was from the ProServ files," GottaHaveRockandRoll.com said in the pre-sale's literature.

"The contract has various notations and correspondence as well.

"This is a historic, iconic, document that belongs in the Smithsonian Museum or the NBA Hall of Fame."

The shoes are rare because Jordan played only 18 matches during the 1985-1986 season after suffering a broken left foot.

When he returned, Nike made a special modified version of the Air Jordan 1s to help with his rehabilitation by adding straps for extra support.

They were never sold to the general public.

Even in a such a truncated season, Jordan still produced some memorable performances.

The most notable was when, only two weeks after returning to action in March 1986, he scored 24 points in 23 minutes against the New York Knicks, the game from which the shoes put up for auction came from.

"The same night the consignor of the shoes watched Jordan play," GottaHaveRockandRoll.com said.

"The consignor's father played professional basketball in Italy and was friends with the official of the game, Roger McCann.

"After the game, Roger facilitated a meeting between Jordan and the consignor and his father, who was still a child at the time.

"Jordan took off both sneakers, signed both of them then gave the shoes to the consignor who took them home and placed them in a shoe box."