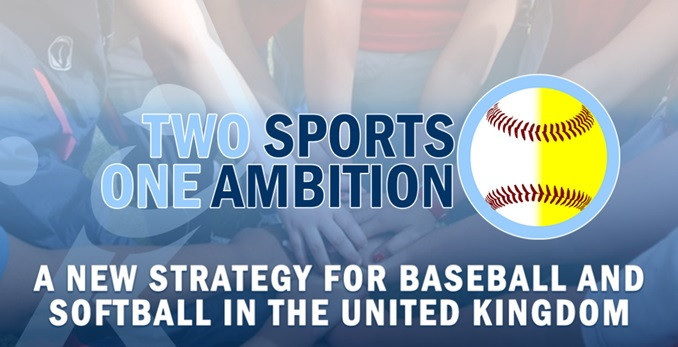 BaseballSoftballUK has announced a new strategic plan for the sports in the United Kingdom, with the main aim of increasing participation.

Four priorities form the cornerstone of the newly released strategy – increasing participation, developing talent, supporting the grassroots and improving the financial sustainability of the two sports.

Four enablers have also been set out in the nine-page document to help reach the four priorities – effective communication, strong collaboration, consistent delivery and national coordination across the sports.

"This plan sets out our continued commitment to develop both baseball and softball together," said interim chair of BaseballSoftballUK Chris Greenhalgh.

"By embracing the commonality, inclusivity and range of opportunities within baseball, slowpitch and fastpitch softball, we will appeal to the widest possible playing audience.

"It is from this approach that our sports can most rapidly grow.

“BaseballSoftballUK has a vital role in achieving this.

Announcing a new Strategy for Baseball and Softball in the United Kingdom: https://t.co/VlnUJEJUga pic.twitter.com/vWns8NShD6

"Spanning baseball and softball, we will leverage opportunities afforded by presenting our two sports together, as one community, acting as a voice and contact point for partners, Government and the sports sector, nationally and internationally."

In May, World Baseball Softball Confederation (WBSC) President Riccardo Fraccari called on continental bodies governing baseball and softball to unify and create one organisation, something BaseballSoftballUK is striving to achieve through its so-called "Two Sports One Ambition" approach.

Although participation in baseball and softball is increasing in the country, BaseballSoftballUK  has an objective of seeing the two sports "Played In Every Park."

The organisation will work with the two sports to create sport-specific development plans, while further elements of the strategy will be released in the coming weeks.

A development charter offering support to grassroots clubs and leagues is due to be unveiled today while further details of the new strategy, including a grassroots fund for facility development, is set to be released in the following weeks.

The new strategic plan has been created as a result of an independent review, in consultation with stakeholders including the British Softball Federation, the British Baseball Federation, Sport England, UK Sport, Major League Baseball and Little League, as well as a national survey of playing members.

The full strategy can be read here.