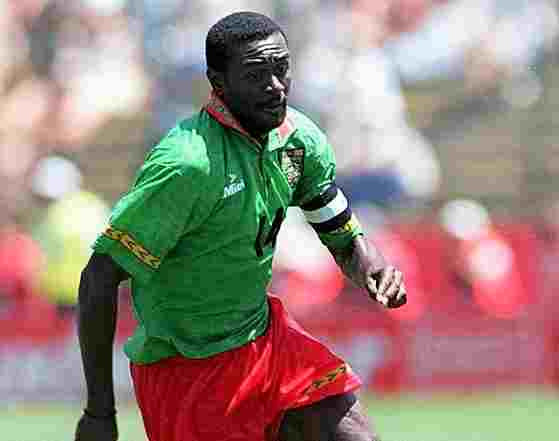 Stephen Tataw, who captained Cameroon's football team to the quarter-finals of the 1990 World Cup has died after an illness at the age of 57.

Tataw captained the African nation on their memorable run to the last eight of the tournament, held in Italy 30 years ago.

Cameroon were knocked out by England, but famously defeated reigning champions Argentina in the opening game.

The Cameroonians also beat Romania and Colombia during the run, which saw them become the first African nation to reach the last eight of the FIFA World Cup.

Tataw, who played right back, made 63 appearances for the national team during an eight-year period, scoring three times.

During his club career, Tataw played for Cameroonian sides Tonnerre Yaounde and Olympic Mvolye before moving to Japan where he played for Tosu Futures.

It was with sad emotions that I learned the death of former #IndomitableLions Captain Stephen Tataw today. I keep the memory of a great footballer and a remarkable leader. All my condolences to his family and loved ones. pic.twitter.com/MIU1kfSihO

Tataw won the African Cup of Nations with Cameroon in 1988.

After retiring from playing, Tataw worked with the country's football federation Fecafoot in supervising the national teams.

The organisation's President Seidou Mbombo Njoya tweeted: "It was with sad emotions that I learned of the death of former Lions captain Stephen Tataw.

"I keep the memory of a great footballer and a remarkable leader.

"All my condolences to his family and loved ones."